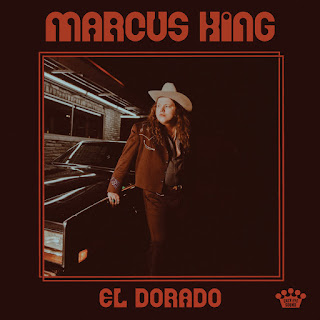 Marcus King’s El Dorado features lots of fun, 70s-inspired blue-eyed soul that’s perfectly entertaining on its own. However, as you learn more about King and about the album, its direction becomes more and more interesting. For one thing, despite his rich, textured voice, King is just 23-years-old. And King is considered a guitar hero, something that doesn’t jump out from the measured but well-produced album which has solidly tasteful guitar playing, but not a lot of fretboard fireworks. It’s only upon learning that the album is produced and co-written by the Black Keys’ Dan Auerbach that everything starts to make sense.
Because together Auerbach and King make an impressive team. Auerbach is a prolific producer (I’m officially worried he’s not getting enough sleep), with a distinct perspective. While some producers melt into the background of their artists’ work, Auerbach takes a more collaborative approach, sharing some of himself in the tracks. That works well for King, giving him strong songs on which to focus his considerable vocal energies. The end-product is tunes that often sound like Turn Blue-era Black Keys with a better vocalist.
Which isn’t to say El Dorado is a Black Keys reboot with a more soulful vocalist. It’s more that King’s vocal talent allows the two artists to more directly explore their source material. King doesn’t have to be inspired by 70s soul and then figure out how to make it work for his voice; he can just take it as-is. A perfect example of this is “One Day She’s Here.” If the song sounds like anything, it’s Gnarls Barkley’s “Crazy.” And with its strings and clavinet, it sounds even funkier than that. But King is able to jump right into the track and nail the vocal, because the genre is a perfect fit for his voice.
“Too Much Whiskey” has a different kind of 70s sound, this one more rooted in country-rock, but with a decidedly Rod Stewart/Faces kind of flair. That particular comparable arises both out of King’s voice, which shares a Stewart-esque grit, but also from the electric piano, courtesy of Bobby Wood, who channels Faces keyboardist Ian McLagan.
In fact, for an album made by two guitarists, El Dorado is well-seasoned with beautiful piano work. “Break,” is a Keys-esque slow jam with lots of lovely touches, like strings and a restrained King vocal. But it is built upon Mike Rojas’ perfectly simple piano, that sketches the outlines of the song, letting the rest of the band fill things in.
El Dorado is straight-forward soul, although there are some rock moments sprinkled throughout the record (“Turn It Up” rocks especially hard), but the pleasure of the album is that while King and Auerbach are fairly rooted in the album’s chosen genre, there are enough pleasant surprises, like strings and up-front guitars, to make the album feel new and contemporary. This is a Marcus King album but it’s very much a collaboration, with Auerbach and King bringing out the best in each other. (https://bluesrockreview.com/2020/01/marcus-king-el-dorado-review.html) 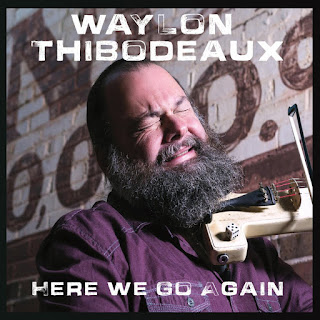 Rockin Louisiana Cajun Fiddler takes a shot at the Blues. The result is a great mixture of South Louisiana Blues with great vocals and some awesome fiddle playing. 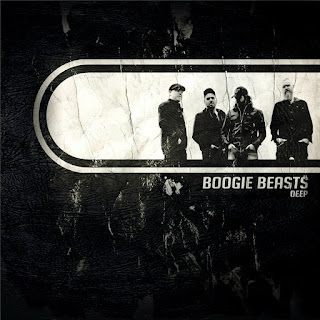 "Add dirty beats, hypnotising slide, screaming harmonica riffs and plenty of fuzz: all of these will be served by this four-men band from Lige and Limburg, Belgium. In their greasy sound explosion, the founding members of the psychedelic band Voodoo Boogie and the insane garage duo The Goon Mat & Lord Benardo prove to be the perfect match. Boogie Beasts translate their penchant for electric Delta blues into a most idiosyncratic sound, which has a touch of The Black Keys jamming with John Lee Hooker at a rave in the wee hours of the morning, or Morphine on a psychedelic trip with Little Walter, or even RL Burnside backed up by the young Rolling Stones at a juke joint-gig. The drive is infectious, the noise is pure filth, yet highly irresistible? Are you ready to boogie with the Beasts"

Frank Bey - All My Dues Are Paid 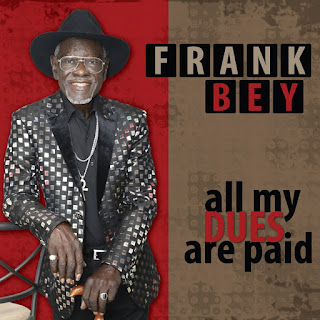 Nola Blue Records starts your new year off right with the January 17th release of soul-blues crooner Frank Bey’s much anticipated and accurately titled All My Dues Are Paid. This collection of covers is a showcase for Bey’s heartfelt, sincerely delivered vocals and a reminder that you have to be brave enough to fight for your dreams. Collaborating with Kid Andersen and Rick Estrin at Greaseland Studios, along with an all-star cast of multi-Grammy winning musicians, Bey’s seventh album is one of his best, if not his best. All My Dues Are Paid is an 11-song collection of glorious blues, funk and soul and a follow-up to his critically acclaimed Back In Business. (https://www.rockandbluesmuse.com/2020/01/06/review-frank-bey-all-my-dues-are-paid/)

All My Dues Are Paid

Johnny Tienne A. - Be You 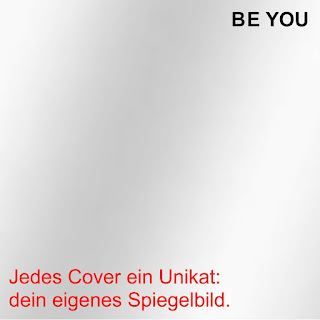 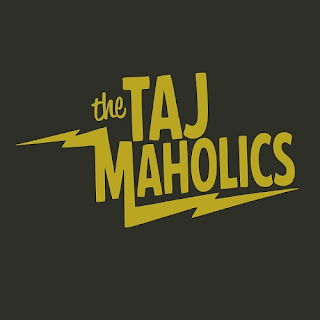 Blues and blues-based covers with a quirky twist.After 16 years the guys of the Fort Wayne, Indiana-based trio The Taj Maholics have gathered a handful of their favorite covers and unleashed them upon the world. The Taj Maholics are:
Travis Brown - bass
Andy Pauquette - guitar, vocals, kazoo (https://store.cdbaby.com/cd/thetajmaholics2) 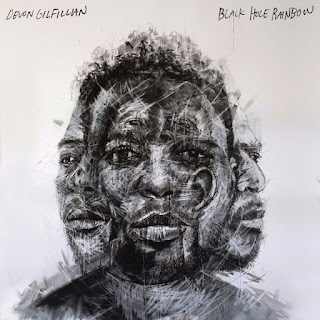 Devon Gilfillian hailed by Rolling Stone as “one of the most exciting young artists in Nashville’s burgeoning soul scene” will be releasing his debut album Black Hole Rainbow on Capitol Records in early 2020. Produced by Grammy Award-winning studio wizard Shawn Everett (Alabama Shakes, Kacey Musgraves, The War On Drugs) in his iconic Downtown LA studio, Black Hole Rainbow masters the art of blending varied influences, styles, and methods to create a powerful vibe and inspired sensibility. At its core, it's a hip-shaking record about love—on multiple levels. As Devon puts it, “with these songs I want to instill a sense of vulnerability… I want these songs to motivate listeners to take action in their lives, and to better themselves so they can go out and give love to others.” 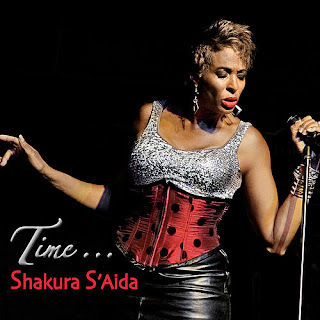 Shakura S’Aida was born in Brooklyn, raised in Switzerland, and now lives in Toronto. Time is the Electro-Fi debut of this highly talented Singer/Songwriter. Pronounce her name “Shack-oora Sigh-ee-da”. It means “Thank God”. As a solo artist, Shakura’s career has spanned genres and countries and taken her to some of the most noted stages in the blues and jazz worlds. She’s performed at the New York’s Apollo Theatre, has been featured with Jimmy Smith, has sung backup behind Patti Labelle and is equally at home singing material with a Ray Charles tribute band, or presenting a one-woman show of the music of Nina Simone. Shakura S’Aida is also the 2011 Maple Blues Female Vocalist of the Year & 2011 Indie Blues Artist of the Year.
This special 2-disc set showcases two sides of Shakura S’Aida – Disc 1 “Time To Rock My Soul” and Disc 2 “Time For The Blues” and features special guests Harrison Kennedy and Kenny “Blues Boss” Wayne. Shakura S’Aida is proud to sing the Blues, proud to Rock out, proud to acknowledge the past and be part of the future, proud to make music that touches her soul – and which she hopes will touch yours. 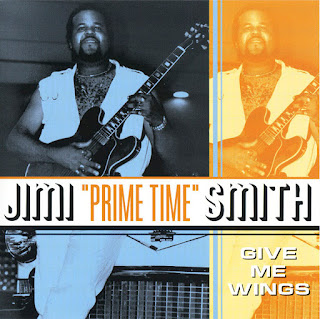 The son of veteran Chicago blues songwriter Johnnie Mae Dunson, Jimi "Prime Time" Smith checks in with a live album recorded at Blues Alley in Minneapolis, MN on two nights in 1998. Kicking off with a jazzy instrumental, Benny Golson's "Killer Joe," Smith immediately shows us that he's no Stevie Ray Vaughanabee, spraying tight licks over a loose framework that allows the whole band to breathe as one. A Jimmy Reed-styled original, "You for Me," is up next, with a guest appearance on harmonica from Tom Burns. A slow blues dedicated to Albert Collins (his "If Trouble Was Money") shows off Smith's fretboard firepower, while "Tipping" and "Walkin' the Dog" -- the latter featuring a guest turn from Brother Jack McDuff -- show off the band's funk and jazz sides. Other highlights include his mother's "When You're Doin' Alright" (originally recorded by Jimmy Reed), Luther Allison's "Soul Fixin' Man," Albert King's "I'll Play the Blues for You" and the Mar-Keys' "Last Night." All in all, an impressive debut. 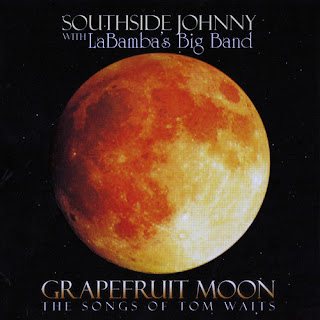 Southside Johnny Lyon has been fronting one of America's most consistently hard-rocking R&B show bands, Southside Johnny & the Asbury Jukes, for well over 30 years, so this album should come as something of a surprise to longtime fans -- here Southside sings a dozen tunes from the songbook of Tom Waits alongside a jazzy, full-bodied big band led by Richie "LaBamba" Rosenberg, a longtime fixture in the Asbury Jukes horn section (and a member of Max Weinberg's band on Late Night with Conan O'Brien). While this is very much a change of pace, it's one that both Lyon and Rosenberg handle with confidence and aplomb; Lyon's voice shows a touch more grain than it did in his salad days with the Jukes, but his sense of phrasing and showman's touch is superb, and he brings swagger, heart, and sincerity to every performance here, and when Waits shows up for a duet on "Walk Away," the two trade lines as if they've been singing together for years. Lyon is also a shrewd judge of material, and the dozen numbers here fit his personality and vocal approach like a glove, especially "Please Call Me Baby," "New Coat of Paint," and "All the Time in the World." Rosenberg's charts are robust and imaginative, honoring the strength of Waits' melodies while giving the songs a chance to stretch out in new directions, and given that a majority of these songs came from the Beefheart-influenced period following Swordfishtrombones, these versions give them a new and very different musical personality steeped in big-band jazz, supper club blues, and classic pop. Is this rock & roll? Not quite, but it's got a beat, it swings hard, and it boasts a great singer and a great band working their way through a first-class set of songs; Grapefruit Moon is an experiment that succeeds, and hopefully it won't be too long before Lyon and Rosenberg try something like this again. 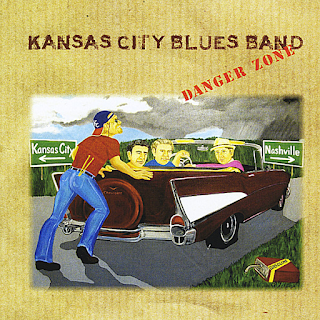 Danger Zone is a collection of blues classics, some well know and some not so well known. The band is a collection of veteran musicians who have spent the last 35 yrs pursuing careers in the Blues. If you like old school traditional blues you will love/

Jay McShann - What A Wonderful World 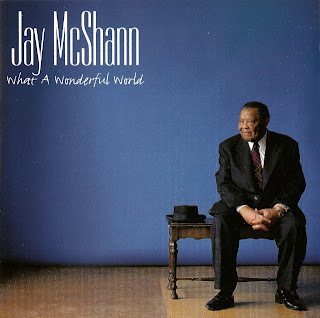 Jazz & blues singer/pianist covers a wide range of material, from bluesy ballads like "Rain Is Such A Lonesome Sound," to instrumental covers of classics like "Land Of Dreams," to standards like "Until The Real Thing Comes Along"/ The Groove Note Records team of Joe Harley (producer), Mike Ross (engineer) and Ying Tan (executive producer) spent several days in Kansas City to record a dozen tunes with the legendary Kansas City bluesman Jay McShann. The album which is called What A Wonderful World was recorded over three days at the studios of Airborne Audio in Overland Park and featured several ace Kansas City musicians including Alaadeen Ahmad (tenor sax) and Sonny Kenner (guitar). Jay was in excellent form during the sessions and delivered memorably strong performances of classics like Gee Baby Ain't I Good To You, Blue Monday Piney Brown Blues, Rain Is Such A Lonesome Sound, as well as some other McShann originals. Jay also covered a couple of standards including a brilliant and moving rendition of What A Wonderful World and a great instrumental version of Land Of Dreams. The album was recorded live direct to 2-track and was mastered using Sony's new Direct Stream Digital (DSD) process by Bernie Grundman in Hollywood to produce an album of true audiophile quality sound and  will include  a version of Until The Real Thing Comes Along, a tribute by top Kansas City jazz vocalist Luqman Hamza to his old friend and colleague Jay McShann