Chuck Alvarez - The Life I Live 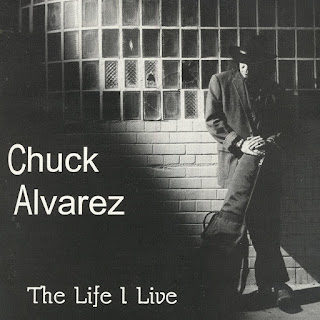 Chuck has been performing & recording rock, blues, r&b, light jazz and americana for 35 years. Along with artists listed below Chuck has performed with Eric Marienthal, Gerald Albright & Jeff Healey. His song writing has stood the test of time and he is currently recording his 5th record. He has also written with Michael McDonald & appeared on TV with Little Richard. He has toured &/or recorded extensively with the following:
The Chuck Alvarez Band 1988 to present
Tim Weisberg 1988 to present
Lisa Haley & The Zydecats 2003 to 2012
The Emotions 1994 to 1996
David Benoit 1989 to 1990
The Twisters 1976 to 1980
Born and raised in Illinois, Corey Stevens was 11 years old when he first picked up a guitar. By 15 he was playing rhythm guitar and writing songs in bands. During college he studied music and eventually earned a degree. Upon graduation, a move to Los Angeles solidified the dreams Stevens had held in his heart since childhood. Paying his dues was like doing hard time, but a job teaching third grade made life a little easier and allowed Stevens to keep a band together and begin his first recording project. Spending ten years teaching was a positive experience that helped build character. Along the way, Corey met and married Linda, a voice and piano teacher. They had one child, a daughter who truly is the apple of her father's eye. An early comparison to the late Stevie Ray Vaughan was a mixed blessing that forced Stevens to push himself in order to make his own statement. In 1995, with the expertise of producer/gunslinger Edward Tree, the first project was released. Blue Drops of Rain, originally released on Eureka Records, brought attention and opportunity to a man who had worked 14 years to get a break. The project also brought Corey to the attention of Discovery Records, which licensed Blue Drops of Rain and funded a second project. 1996 saw chart action that lasted into 1997 and the release of Road to Zen, also produced by Tree. A road warrior who continues to tour alone and with the likes of Lynyrd Skynyrd, Corey Stevens has distinguished himself as an artist of integrity and vision, issuing Getaway in early 2000.

The Life I Live