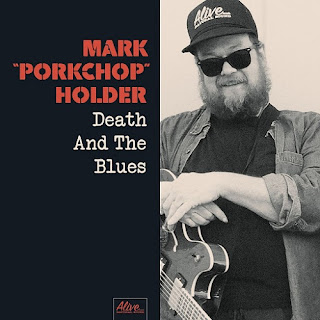 A slide guitarist with a passion for the blues and the hard-hitting sound of a rocker, Mark "Porkchop" Holder first made his name as a member of the raw and rollicking punk-blues trio the Black Diamond Heavies. Holder joined the Black Diamond Heavies in 2004, and appeared on their debut EP, You Damn Right. By 2006, Holder had left the band to strike out on his own, and he traveled across the country and around the globe playing ferocious slide guitar in a one-man-band format. Years of touring took a toll on Holder, and after years of struggle with depression and chemical dependence issues, he returned to his hometown of Chattanooga, Tennessee to focus on his health and getting a fresh start. In 2016, Holder began gigging locally with a new backing band he called MPH, featuring Travis Kilgore on bass and backing vocals and Doug Bales on drums. Holder wasted no time taking the band into the studio, and in February 2017 Holder released his first solo album, Let It Slide, via Alive Naturalsound Records.