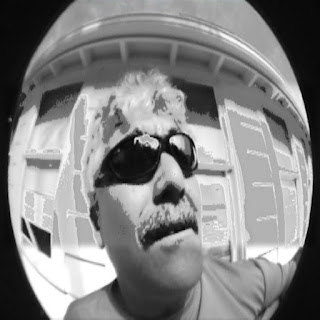 Born in Detroit, grew up in Daytona Beach, Mark’muddyharp’Hodgson, started listening to the music through the influence of the British Invasion. John Mayall and the Rolling Stones provided the LP’S that would turn the 12 year old on to the wonderful world of the 12 bar blues. One day at a friend’s house in Daytona Beach, while his buddies were surfing, the youngster noticed a harmonica lying on the kitchen counter. He went over and picked it up. He blew into it and from then on he was hooked. The friend gave the ‘HARP’ to him. This simple introduction would prove to be a turning point in the lad’s life. He devoured everything he could find on the subject of the Blues sometimes walking 10 miles just to go to a record shop that was rumored to carry all the 78’s and 45’s available at the time. Discs by Muddy Waters, Howlin’Wolf, Sonny Boy Williamson, Little Walter and Sonny Terry would more than satisfy the new found hunger. As the days grew into months and the months became years, Mark’muddharp’Hodgson, became a band leader. The night club scene in Florida was strong in the 70’s and 80’s and would become a proving ground for the Budding Bluesman. The first recording that was released under Hodgsons’ name was a vinyl LP titled ‘Mark Hodgson and The Rootie Tootie Band ‘SURVIVAL IN A TOURIST TOWN’. This was a live recording and put the group on the map. Soon the boys would travel to Nashville to record demos for Gary Lamb productions. The music was ahead of its time incorporating rock and reggae with the blues, in 1981 this was a bit much for the Nashville crowd, tuned into the likes of groups like ALABAMA. Hodgson was asked to stay on in Nashville to become a solo artist but declined out of loyalty to his friends in the band.The years flew by and so did the members of the group. There were more recordings, concerts, nightclubs, videos, and heartaches. Through it all, Hodgson remained entrenched in the Blues and kept writing and performing. In 1985, Hodgson once again tried the Nashville game. Tony Joe White, the composer of Mega Hits, Polk Salad Annie and Rainy Night in Georgia, among others, signed Hodgson to a publishing contract. During this period Hodgson became involved with the Memphis Blues Foundation and placed 1st runner up in the National Blues Talent Search. Many notables were introduced to Hodgson at the time, which led Bob Greenlee of King Snake records to go National with his fledging Blues label based in Sanford, Florida. Hodgson was responsible for placing The Return of the Thin Man, The comeback recording of the late Tenor Saxophonist, Noble Watts, on the W.C.Handy Awards, 1985 ballot for best recording. The partnership of Mark ’muddyharp’ Hodgson and Noble ‘thin man’ Watts lasted almost 20 years. When Noble passed in 2004, Hodgson went solo. In 2005, Hodgson started a scholarship fund, with the Daytona Beach Community College, in the names of Bob Greenlee and Noble Watts. The Florida Blues All-stars were formed by Hodgson to commemorate the music of his two late friends. This yearly event is held each February at the Mike Curb Center in Daytona Beach. (https://www.last.fm/music/Mark+%27MuddyHarp%27+Hodgson/+wiki)