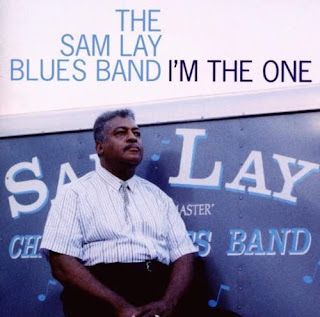 Sam Lay, Drummer, vocalist - is one of the most celebrated virtuoso drummers in blues history, and a mainstay since the late 1950’s. He began his auspicious career in 1957 as drummer for the Original Thunderbirds and soon after became the drummer for the legendary harp genius, Little Walter.In the early 1960’s Mr. Lay began recording and performing with the founding fathers of blues,Willie Dixon, Howlin’ Wolf and Muddy Waters. The recordings Lay made during this time, (including Muddy Waters’ Fathers and Sons album recorded in the 70’s), are considered to be among the definitive works from the careers of Waters and Wolf.In the mid 60’s Mr. Lay was persuaded to join with the Paul Butterfield Blues Band and recorded and toured extensively with this important blues group. Bob Dylan (with Sam Lay as his drummer) was the first performer to introduce electric-rock at the Newport Folk Festival. Lay also recorded with Dylan - most notably on the Highway 61 album.Mr. Lay’s unique style of drumming can be heard on over 40 recordings for the famed Chess Records label with the most prominent names in the world of blues. He has recently toured the major Blues festivals around the US and Europe with the Chess Records All-Stars.In the late 1980’s Sam Lay was inducted into the Blues Hall of Fame in Memphis. He was recently inducted into the Jazz Hall of Fame in Los Angeles, and the Rock n’ Roll Hall of Fame in Cleveland. He was nominated eight times for the coveted W. C. Handy Award for “Best Instrumentalist” including a recent 2005 nomination.Mr. Lay has two very recent recordings with his own band on Appaloosa Records, Evidence Records, and a recording on Alligator Records with the Siegel-Schwall Band and was nominated in 2000 for a Grammy Award for his performances on the “Howlin’ Wolf Tribute” CD and was honored by the Recording Academy January 2002 for the ” Legends and Hero’s Award” for his significant musical contributions.Mr. Lay was prominently featured on a PBS-TV broadcast of 7 episodes on the “History of the Blues” produced by Academy Award winning director, Martin Scorsese/