Chas Burnett - Blues It Up 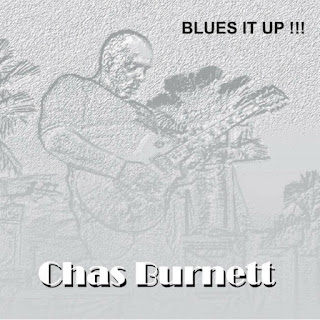 For over 30 years Chas had a successful career as a stand-up comedian, until he retired in 2004 to pursue other business interests. From the W.M.C. circuit to appearing at the Albert Hall, Palladium, Civic Theatres, major cabaret night clubs, summer seasons & holiday parks to pantomimes. Following years of appearing at major venues both in the UK and abroad, Chas supported many named headlining artistes, as well as topping the bill in his own right. In 1989 he emigrated to Southern Spain, where he presented a daily radio show and also had his own TV series.
In 2013 after a one off show that was so successfull, Chas is now back working as a comedian appearing on top cruise lines Celebrity Cruises, Royal Caribbean, Holland America, Princess, Regent etc. Twice a year he visits Dubai where he is building up a following in the comedy clubs and corporate scene. With a new hilarious show, ideal for international English speaking audiences of all ages. Good, clean comedy, looking at the funny side of life’s experiences to which we can all relate, plus some comedy parody songs. Chas has a wealth of experience which shows in his stage performance. Over the years, Chas has proved himself to be a very versitile entertainer, whether working as a solo singer/songwriter, musician or in his capacity as a stand-up comedian.