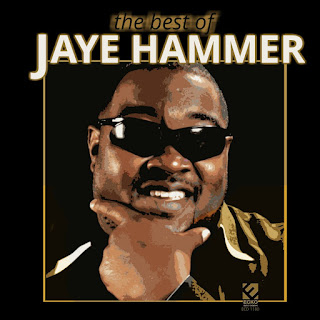 Jaye Hammer, the southern soul singer who went blind from a detached retina at the age of twenty-six, has quietly amassed an impressive resume over the course of a half-dozen albums. His 2005 debut was followed by a fallow period during which the blindness descended, a seemingly more cruel fate (having seen the world and lost it in adulthood) than singers like Clarence Carter, blind from birth, or Ray Charles, whose blindness became complete by the age of seven.
Delta producer Aaron Weddington, who had discovered Hammer as a gospel-singing child prodigy, introduced him to Ecko Records' John Ward during this perilous transitional period, and Jaye's five albums for the Memphis label between 2012 and 2017 have positioned Hammer as a solid if second-tier contemporary southern soul performer, lacking only a significant "breakthrough" single in his quest for wider popularity.