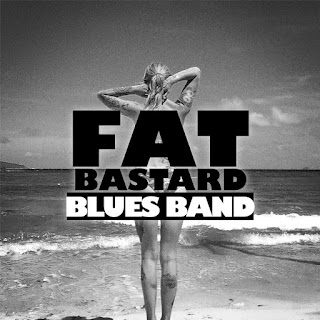 Fat Bastard Blues Band was put together by Carl Wetter in the fall of 2009. A few weeks and two rehearsals later, the band played their first gig and won the Triangle Blues Society’s Blues Challenge.Although the band was put together in a moment of inspiration, the individual Bastards have a long history together. Jason Simons, Kevin Payne and front man Carl Wetter played together during their college days in upstate New York. Tim Collins and David Terrenoire met at a local blues jam ten years ago and have played together in one band or another ever since.That’s the history. Today, their music jumps up and shakes a room with performances that mark this band as a force of nature, a blue wind that rattles the trees like an oncoming storm.
Since their formation they have played the Memphis Blues Challenge, opened the 2010 Bull Durham Blues Festival and have kept local fans dancing as if the floor was on fire.Why Fat Bastards? We are the illegitimate children of all the players who have taken the stage before us. Our goal is to energize our roots by taking something from all of our influences and putting that cross-cultural magic back into the blues, America’s music. And we come out fat, with nothing held back.
Awards
2009 Triangle Blues Society Blues Challenge Winner
2012 Cape Fear Blues Society Blues Challenge Winner
2015 Triangle Blues Society Blues Challenge Winner