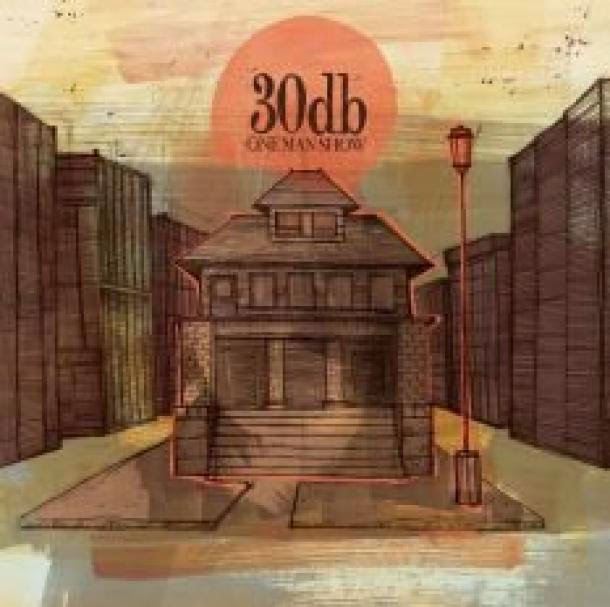 After five years of writing and some one-off performances, Jeff Austin (Yonder Mountain String Band) and Brendan Bayliss (Umphrey's McGee) have finally released an album under their group moniker 30DB titled One Man Show.  And the wait was worth it.  With an excellent supporting cast in tow, these two jam veterans have created a unique project with a sound that falls somewhere between their respective groups....just as you hoped it would.
Their collaboration came about in 2005 as each was under duress from mutual relationship breakups.  What could have been an album consisting of dreary and depressing songs, is actually a wonderfully crafted collection of uplifting pop melodies, breezy ballads, and some gritty rock n' roll.  Make no mistake, this is not a fluff project and proves that out of the darkness can come light.
Though this group is spearheaded by Austin and Bayliss, it would not have come off as well as it did without the help of the high-profile contributors that anchor this brilliant work.  They are joined by Cody Dickinson from the North Mississippi All-Stars on drums, Nick Forster from Hot Rize on guitars, and Eric Thorin of Open Road on bass; all of whom bring exceptional skills and flavor to each tune on the album.
The group touches on a variety of styles, playing along the lines of Simon & Garfunkel ("Always Up"), Zeppelin-ish ballads ("Backfire"), and driving, raucous jams ("Grave") akin to the Allman Brothers Band.
Other highlights include the countrified blues tune "Susanah", which showcases Austin's fantastic mandolin flair, the very Umphreys-like "Get in Line", and the catchy rock shuffle "Liar".
Austin and Bayliss work in perfect company on this release.  Their vocal harmonies blend together marvelously, and the interplay of guitar and mandolin shine along with their well-accompanied rhythm section.
One might be quick to dub this collective a "supergroup" due to the quartet's individual accomplishments, and that might be fitting.  However, the band should not be written off as such seeing how One Man Show is a very original assemblage of songs; all of which are solidly produced.  They may all be better known for excelling musically in the live setting, but have definitely constructed one fine album.