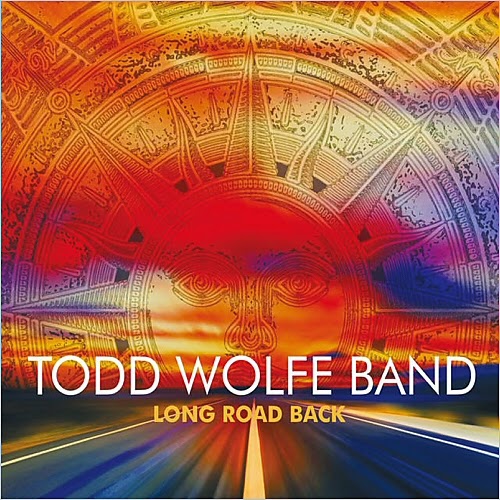 Todd Wolfe Band, one of the hardest working blues-rock ensembles in the business, are joined by acclaimed organist John Ginty for the new album “Long Road Back”
Wolfe and Ginty had already collaborated on the band’s last highly-praised studio album, “Miles To Go” . Ginty has toured and recorded with artists such as Jewel, Citizen Cope, Santana, Dixie Chicks, Matthew Sweet, and the Court Yard Hounds. The New Jersey native is an original member of Robert Randolph and the Family Band, for which he received two Grammy Nominations.
Longtime guitar ace Todd Wolfe is known for his work with the great Sheryl Crow (five years as her lead guitarist in the ’90’s), Carla Olson (the Textones); and Leslie West (Mountain), among others, throughout a stellar career. Wolfe has released eight albums since 1999 and has written songs for acts as diverse as country star Faith Hill and Stevie Nicks.
Todd Wolfe plays aggressive and daring blues-tinged, jam rock reminiscent of the bands of the sixties and seventies influenced by Eric Clapton.
“Long Road Back” the new studio album reflects this with two cover versions taken. First the classic blues rock song from Eric Clapton the Cream number “ Outside Woman Blues ” and second the Stephen Stills classic “ Black Queen”.
The Todd Wolfe Band recalls the days when “men were men and amps were amps”, real tubes crackling with a “bluesdelic” sound reminiscent of the best rock and roll bands of the 60’s and 70’s! This band with Roger Voss on drums and the stunning Justine Gardner on bass jams and rocks, but their music is deeply soaked in blues with dynamic drive from the new band member on keyboard John Ginty.