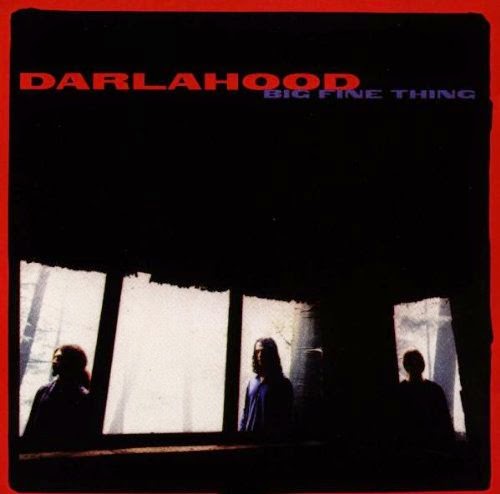 Released in July of 1996, Big Fine Thing is an exceptionally mature work considering that New York's Darlahood recorded the major-label debut not too long after playing their first shows in 1995. The accomplished recording suggests that singer/guitarist/songwriter Luke Janklow had been honing his six-string chops and songwriting skills for years, perhaps decades before this official coming out. Filled with hook-laden, vaguely retro guitar rock, the first half of this release features tight, radio-targeted Janklow material, like the singles "Grow Your Own" and "Big Fine Thing," -- the former especially had a respectable showing on the modern rock charts. When Janklow and bandmates Joe Magistro (drums) and David Sellar (bass) stretch out both instrumentally and thematically on the record's second half, however, is when Big Fine Thing heats up. The wide open power-blues jamming on "RSVP" is a rare treat of excessive soloing and actual live interplay on record between rock musicians -- the rarest of '90s rock experiences. The dynamic "Not Again" is perhaps the best track, with "New York City" coming in a close second. Perhaps a little too creative and instrumentally adept for their own good (in careerist terms), Darlahood have plenty of chops and great musical instincts on unconventional display in this, their one and only major-label release.