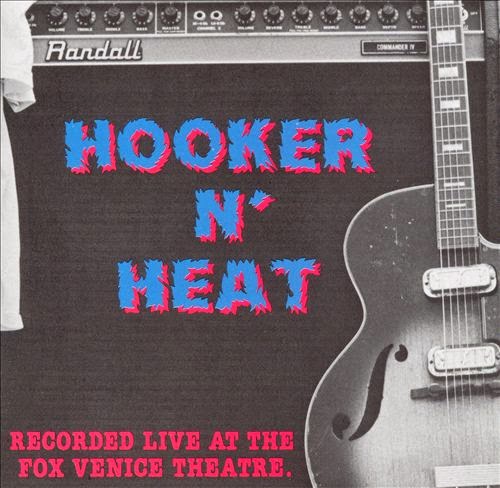 Second-guessing team-up records like this one is always a fun exercise. Having worked so well together on a 1971 album of the same name, both parties hoped to make lightning strike twice in front of a sweaty crowd, with an upstart indie label capturing it all. There's also an unavoidable poignancy infusing this low-key but energetic night, since the two vocal heavyweights (Hooker and Canned Heat's towering frontman, Bob Hite) are no longer with us. Canned Heat had weathered numerous lineup shuffles since the band did its original album with Hooker. The 1981 edition lacks its predecessors' switchblade distinctiveness, but is also experienced enough to let the grooves speak for themselves. Where lesser talents might have felt compelled to fill every empty space, drummer Adolfo "Fito" de la Parra, pianist Ronnie Barron, and rhythm guitarist Mark Skyer turn in the sturdy, understated performances required to make this music work. Hite works the house with an elan apparent from the opening swagger through "Hell Hound." His delivery is always poised and self-assured, whether he's scatting for the hell of it ("The House of Blue Lights"), trading in sly double entendres ("Open Up Your Back Door"), or working his way through a professional medley of the band's biggest-known hits ("Let's Work Together," "Goin' Up the Country"). For his part, Hooker maintains his commanding presence, sounding far from a performer in the twilight of his career -- and the energy levels rise accordingly. His gravelly vocal bottom rises to the fore on slow-burning laments like "It Hurts Me Too" and "It Serves Me Right to Suffer." The Chambers Brothers' backing vocal choruses provide a nice touch, even if they're not strictly necessary. Blues fan will surely keep Hooker's moments closest to their hearts, but everyone fares well. For anyone with doubts, this album shows what veteran performers can pull off when the occasion demands it.