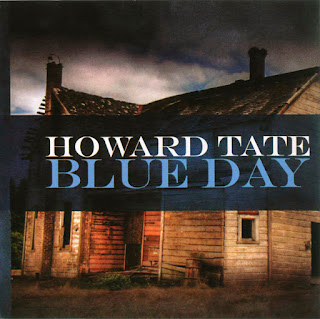 On Blue Day, veteran soul and gospel singer Howard Tate lays down a set so utterly crackling with energy, vitality, and sheer grit one could be forgiven for forgetting that, at the turn of this century, he hadn't recorded in nearly 30 years and had been virtually forgotten and left for dead -- a victim of his own excesses. Tate was quite literally rediscovered by his former producer Jerry Ragovoy and brought back into the recording studio to work his vocal magic on tracks written for him by a stellar cast of songwriters in 2003. In 2006, he recorded A Portrait of Howard backed by the Carla Bley Band as well as a host of guests including Lou Reed, Leonard Cohen band vocalist Perla Batalla, and cellist Jane Scarpantoni. But Blue Day leaves that record in the dust, quite literally. At the age of 70, Tate is in absolutely top form as a singer and song interpreter. Produced by guitarist, songwriter, and multi-instrumentalist Jon Tiven, and recorded at his Nashville studio with wife Sally Tiven on bass and all-star drummer Chester Thompson, the album also features a few choice guests like Jonell Mosser, Mike Farris, Dan Penn, Steve Cropper, Felix Cavaliere, and Joe Bonamassa. Tate is literally unleashed on these tracks, allowed the full range of his voice and his fierce, fiery persona. He is a preacher these days, and his blues and soul singing has been given great depth and dimension by his returning to the roots of his raising in the church. Tiven wrote or co-wrote all 15 of these cuts, but without Tate's singing, they'd be merely good songs. He makes them great ones. The sound on this set is fat and warm, but it's spare, too -- it feels live, close, and full of kinetics and heat. There is plenty of space for Tate to inhabit each line and literally soar above the backing band. The opener, "Miss Beehive," is an attention-getter because it's about Amy Winehouse, her gift, and her self-destructive tendencies. It can be interpreted as tongue in cheek, but it's actually an empathic response to the demons that haunt her -- ones Tate knows only too well. Tiven may have written the tune, but the compassion in its grain lies firmly with the singer, and the arrangement recalls everything from Stax to Motown (the backing chorus and horn chart arrangement evoking those on "Heatwave" is a nice touch). But it's on "40 Days" where the deep well of Tate's soul origins comes pouring from his voice. It's a hard-luck tale of lost love where you become ensnared inside the singer's world and can't extract yourself. On "If God Brought You to It," the raucous wail of Delta blues and the gospel of the Southern black church come roiling up from the body of this duet with Farris. Essra Mohawk provides a killer backing vocal and Billy Block provides the crushing four-on-the-floor drumbeat. The shuffling soul-blues of "First Class" features Cavaliere's keyboards, Cropper on guitar, and Mosser on backing vocals, and this track is a standout. The hunted minor-key blues of "Buried Treasure" may have been written for Tate, but you can hear traces of the voices of both Syl Johnson and Al Green in it as well. The bottom line is this set is all killer and no filler. Tate is at the absolute top of his game at 70; he's making up for lost time with a vengeance.