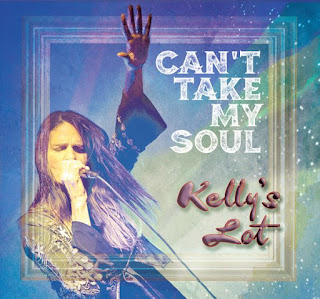 Can’t Take my Soul’ began as a journey to feature a four piece band without all the bells and whistles of the 9 piece Kelly’s Lot. Wanting more touring in the future, Kelly and Perry knew less players in the band would make that possible. But as the recording process moved forward some songs were asking for more. The French inspired accordion was a must on ‘Mon Ami’ which opened the door to adding a cajun inspired accordion on ‘Woe Is Me’. Kelly asked Perry to dig deep and conquer all the guitar parts but Perry demanded Rob Zucca’s magic on Rise Up (Leve Toi). Broke Myself always screamed for Frank Hinojosa on the Harp to bring an edgy blues track to the album and Bobby Orgel came into to add piano and B3 to 4 songs. Alyssa, who was the inspiration for the 3rd track on the album, was the reason for the background vocals. To honor her family, Kelly included her brother and sister on the track and Jeri Goldenhar stepped in for the 3rd voice.