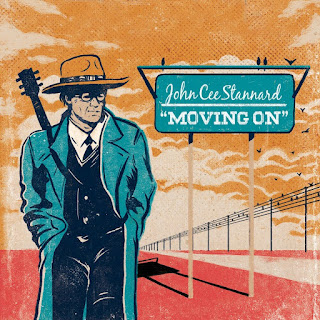 Moving On is not a sign of resignation, the shrugged shoulders epitomising defeat and the slow trudge away from the company you have once kept, it is rather a point of understanding that what has once been and which has helped you scale certain heights, is now just a stepping stone to another adventure, the next beat to which you must follow and into which creativity and life urges you to behold.
To remain in the same frame of time and place forever is to taint your soul, there is no sense in enduring the endless applause for your endeavours if it has enriched you, if all you are doing with life is striking the identical pose and slowly fading into the depths of persistence. The ability to change, vary the line up in your day, even if it means taking a look back over your shoulder to another time in which you believe there may have been words unsaid, in which the temperature of being wasn’t in the right place in which to strike a note that would blast your audience away; all is consideration when you acknowledge that you must, in the words of Supertramp, be Moving On. Progressing is the name of enlightenment’s arrow, the quiver reverberating at the beginning of exciting times, and for John Cee Stannard, progress comes in the form of following up on a path not explored by many but to whom, if they look close enough, is there in all its glory, signposted and with a clear direction laid out, asking only that the listener refocuses their attention along with the musician, to motivate and apply the beauty of his work into their own first foot forward against the tide of static inconstancy. The learning curve for any musician is when they revisit a previous period of their craft and know with deep joy that there is still something to say, to frame and possess; they have moved on, always taking the next step, the new direction, but they are not afraid to head home once in a while and add to the story they are writing. For John Cee Stannard that curve, that fork in the road came about with the 2013 recording, The Doob Doo Album, and in Moving On the natural sequel is a riveting exploration of memory wrapped up in the reassurance that in the art of looking back you can still take a giant, seismic stride forward.
Across songs such as Cemetery Junction, the fantastic Price Of Your Sin, Call Of Duty, Seventeen, Something That You Do To Me and in the cover of Jimmy Witherspoon’s Tougher Than Tough, John Cee Stannard unfolds the map of consciousness and smiles, the charm of the songs gather momentum, and with assurance all that has been learned since the wonder of The Doob Doo Album has now been applied to the future. A look back, but one with the intended purpose of pushing onwards, moving on to the next chapter in this fascinating musical story.