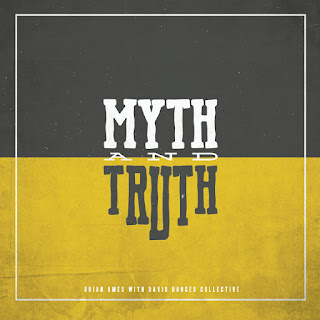 New rock and roll from America's sacred blues and roots traditions/
I wanted to do a project that honored America’s “sacred roots”/”sacred blues” tradition. On “Myth and Truth,” I marshaled the talents of a dozen or so Chicago-area musicians, styled as the David Danced Collective, to cover songs from that unique canon – or songs derived from or connected to that tradition – and added a couple of my own compositions. I gave them a rock update, with musical elements ranging from country honky-tonk, deep swampy blues, jazz funk, psychedelic rock, even some hip-hop… and an acoustic track made thoroughly and quirkily tasty by a closing clarinet solo and a suitcase harmophone.
We recorded, engineered and mastered the work at Chicago’s Rax Trax studios, with Noam Wallenberg (Alan Parsons, NEEDTOBREATHE, Dee Snider, Bun E. Carlos) as producer. Many of the musicians are veterans of the Chicago independent music scene, delivering first-rate session work to the project. They include frequent Chicago Bluesfest artist Jamiah Rogers; guitarist/keyboardist Packy Lundholm of I Fight Dragons; vocalists Jennifer Hall and CHAR of the popular Steely Dan cover band Deacon Blues; area rapper Melo Tripp, and veteran drummer Larry Beers.