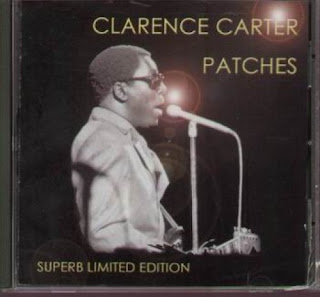 Clarence Carter's first major-hit album remains a must-own record, holding up extraordinarily well across four decades. Carter's singing possesses an immediacy and emotional impact that is as striking today as it was in 1970, and displays a vast range as well. The title track is the best-known song here, though "It's All in Your Mind" was also a hit later in the year, and "I Can't Leave Your Love Alone" and "Your Love Lifted Me" could easily have joined it and topped the pop charts as well. Carter even provides a bracing authentic gospel approach to the then-new Beatles song "Let It Be," taking the song back to the roots whence Paul McCartney drew his inspiration. He also assumes a more pop-oriented persona on "Till I Can't Take It Anymore," on which Carter starts to sound a bit like Elvis Presley, while on "It's All in Your Mind" he seems to invoke the ghost of Sam Cooke. On his own "C.C. Blues," Carter's bluesiest persona emerges, his crunchy guitar playing off beautifully against a soaring horn section and Clayton Ivey's piano, and he returns to a soul sound for the finale, the soaring "Getting the Bills (But No Merchandise)."