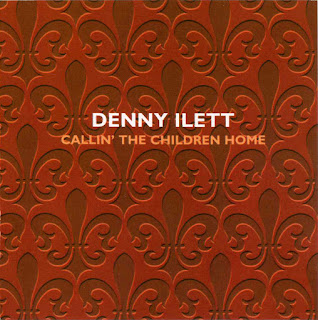 Denny Ilett (pronounced eye-let) is rare commodity – a virtuoso British guitarist and a talented writer/arranger, who has honed his chops not on the UK scene but rather by playing and touring with some of New Orleans finest including Lillian Boutte and members of such notable bands as The Meters, Dr John and the Harry Connick Jnr Big Band.
For this debut CD, Ilett has put a band together to showcase his “Nawleans” flavoured approach to blues, jazz, rock and points between.
He clearly has a talent for combining catchy melodies and funky rhythms with great guitar work and a voice that sits comfortably within the material. Seemingly, simple ingredients, but few achieve this while also retaining a rawness and honesty that make you want to listen again. Give it a few spins and the melodic hooks revolve in your mind hours later.
As a guitarist, Ilett’s influences are diverse. Elements of T-Bone, Django, Wes, Scofield even a bit of Jimi, but ultimately he sounds like none of them in particular, prefering to tread his own path.
In his song writing and arrangements, Ilett clearly signals where his roots lie. There is a large dose of New Orleans, ranging from the 2nd line-street beat of Callin’ The Children Home and Opposites Attract to the funeral parade interpretation of Angel Eyes and the Meters-like funk of Eyes in the back of my head. It all has that uplifting spirit that characterises New Orleans.
There is also some straight ahead Jazz-blues, for instance Pretty Eyed Baby and If I had my time over again, that shows why Ilett is a sought after arranger and guitarist. The album closes with a stripped-down – guitar & piano – version of Satchmo’s classic Wild Man Blues that brings to mind Mother’s Lament, the throwaway track at the end of Cream’s Disraeli Gears.