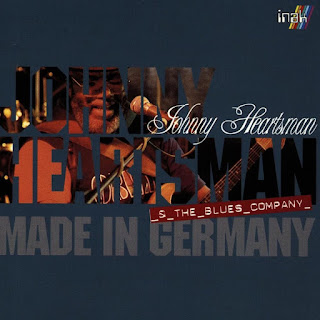 The Blues Company, formed 1976, counts among the few creative monuments the Germany Blues scene ever produced.This follow up documents the class of the band surrounding frontman Todor Todorovic. Songs with depth, intelligent arrangements and sounds. The Blues has been called the most important truly American musical invention, and its definitely the most indigenous Afro-American art form. Over the years the blues has conquered the world, and has influenced musicians in all imaginable cultural environments. Germany is the second largest market for recorded music. Musicians such as John Lee Hooker and B.B. King have been acknowledged as giants in their field - and have been filling up large concert halls since the 1950s. Home grown talent is also widely accepted, and the BLUES COMPANY is the most popular German blues band, considering ticket and record sales. Their high-octane stage act and emotional delivery has earned them cult status among their many fans - not only in Germany! They are also constantely touring in Holland, Poland, France, Belgium, Yugoslavia, Hungary, Greece, the former GDR, Macedonia, Luxemburg, Cyprus, and Switzerland - more than 2.500 concerts so far!!