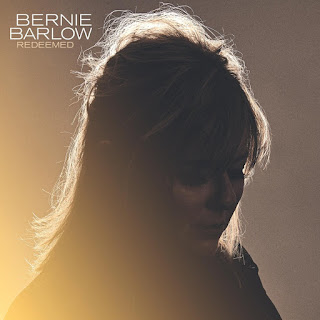 Bernie Barlow has spent her career backing up some of the brightest lights in blues and rock music, including many years as a backing singer for the Moody Blues, Sarah McLachlan, Melissa Etheridge, and Janiva Magness. Now the UK-born, Los Angeles-based singer-songwriter is finally stepping to the front of the stage with her debut album Redeemed. The skillful songwriting, high production value, and musicianship of Redeemed reflect Barlow’s long career in the industry. After a stint in the 1990s as the lead singer of one of the many LA bands who lost their record deals upon the arrival of grunge music, Barlow built a strong career supporting other artists, and built many friendships and partnerships along the way.  With a group of top studio players, including Gov’t Mule bassist Jorgen Carlsson and Echo In The Canyon drummer Matt Tecu, the resulting album draws on Barlow’s love of roots music, and her rich, emotional voice delivers an authentic and powerful set of recordings, including a soulful duet with Janiva Magness on a cover of U2’s “When Love Comes To Town.”
“I wanted to make a record the way Shelby Lynn or Carole King or Bonnie Raitt made a record,” Barlow said. “Something you can put on and listen to over and over. Something you can listen to in 10 years and still like it.” With Redeemed, she has.