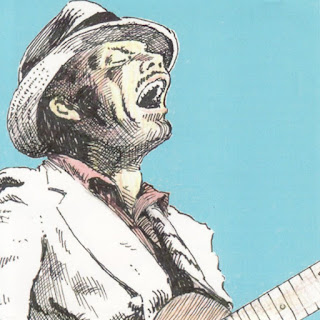 I can't tell you where the Fence Line is, says Fontaine Brown, but it's a real place, and if you've ever been there you know it. And if you make it back you can definitely tell some Tales. Some Tales from the Fence Line. Am I being just vague enough? Just so. Brown s Tales from the Fenceline showcases the voice of an artist with stories of cutting his first single at Chess Studios in Chicago in 1962, of producing his own and Bob Seger s 60s-punk 45s in Detroit, of an apprenticeship under Motown songwriting great Mickey Stevenson, of playing in Southwind a band headed for an Apple Records contract until Apple dissolved, so instead produced by industry stalwart Tommy LiPuma and after all that, not before, of a five-year, wandering bar-band tour he describes as his man with no fixed address period. Run that experience through a 200-plus song catalog tapped by the likes of Dave Edmunds, Percy Sledge, John Mayall, Dave Alvin, Joe Louis Walker, Emmylou Harris and sampled by Gorillaz and the sum total is an artist who has earned his ideas of what s important yet retained the artist s preference for letting his music speak for itself. Produced by Don Dixon, noted for his work with REM, the Smithereens, Marti Jones, and others, and with a redoubtable studio band of Dixon, Jim Brock, Mitch Easter, and Peter Holsapple supporting Brown s vocals, guitar, and blues harp, and with backing vocals by Kelley Ryan, Tales from the Fenceline emerged as a bracing concoction in which roadhouse-R&B rhythms run up seamlessly against mandolin runs or electric sitar. Three songs were layered from Brown s own home-studio demos. The rest rolled out in basically three days time at the Fidelitorium in North Carolina. Don, he s a great engineer, Brown says, he s a great bass player, and you go in there, and it s like a train leaving the station. You d better be on it. And those musicians, I never have enjoyed myself more. The only thing I hated was that it was over so fast. Playing the role of guiding light, as Brown describes it, was his longtime friend Dan Bourgoise, the founder and recently retired chief of the indie publishing firm Bug Music. Brown and Bourgoise came up together in the 1960s Detroit rock & roll scene, and later, after both had moved to California, they co-produced The Further Adventures of Charles Westover, a Sgt. Pepper era album by their Detroit buddy Del Shannon, of Runaway fame.
When Dan decided he was going to retire from Bug, Brown recalls, he said, You know, that was always one of the most fun things that I did in my life, is when we did that album with Del. And I would like to get back together and do an album with you, and you record all these songs of yours that other people have been recording, and let s have a ball. Born in 1942 in Ann Arbor, Michigan, Douglas Fontaine Brown took to the road at the age of two weeks when his father got the wanderlust and bought a trailer. We took off, and for the next seven years we just criss-crossed the country, Brown says. He would stop in a place that he liked, and he d get himself a job. Back in Ann Arbor by age nineteen, and fanatical about the rock & roll generation of Elvis Presley, Little Richard, and Fats Domino, Brown was making music with friends when one of them told him that Ollie McLaughlin, a local DJ who had managed Del Shannon, was looking for talent. Brown wrote a song, McLaughlin liked it, and next thing he knew, Brown was recording his debut single for the Chess Records companion imprint Checker. That was called Blue Night. And that was also my first song that I d ever written, and first time I d ever sung into a microphone or anything, Brown says. It was just a fluke. He next formed Doug Brown & the Omens and started to make a name on/