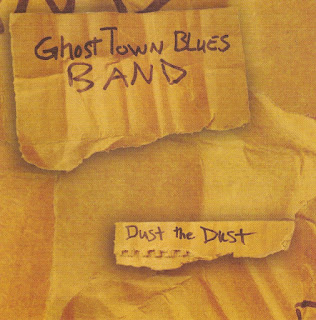 High energy blues with a respect for tradition. Not your same ole, same ole/Shortly after their formation in 2009, Ghost Town Blues Band quickly found a steady gig on Beale Street, the world's premier showcase for blues music. With a touring schedule that now includes ten states, they appear to be an overnight success story. The truth is, however, singer/guitarist Matt Isbell has been playing professionally for more than half of his twenty-nine years. In 2007, he toured with the Daddy Mack Blues Band, opening the show with a solo blues set and later joining the band on slide guitar and harmonica. More recently, he co-produced Bluesfinger, the Daddy Mack Blues Band's new and already highly celebrated release.
Ghost Town Blues Band is a modern blues trio with an intimate knowledge of both blues and rock. At the same time, the band's raw energy and intensity is reminiscent of the best blues that the classic era of rock ever had to offer. Dust the Dust turns on a dime from North Mississippi hill country grooves to classic electric urban blues. Isbell doesn't miss a beat whether performing one of his solid originals or covering such classics as Goin' Down or I Put a Spell on You. In a word, Dust the Dust is explosive. With guest artists Daddy Mack Orr and Davis Coen, Ghost Town Blues Band experiments with unstoppable funk elements that leave you anticipating their next big move. In addition to Isbell on guitar, organ and harmonica, Dusty Sikes plays bass; Preston McEwen on drums and Chris Stephenson on organ. Engineered by Kevin Houston at Inside Sounds, Memphis.