Kurt Crandall - Get Wrong With Me 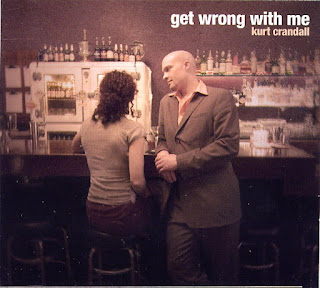 “Songwriting that is evocative of Fats Waller & Louis Jordan with humorous song-stories draped over cool swinging grooves.” - Blues Free Press (UK)
Music has taken Kurt throughout the United States with stops in Washington, D.C., Macon, Georgia, Chicago, Seattle and most recently Richmond, Virginia. While in D.C., he played regularly with Jesse James Brown (former bass player for Bo Diddley). After just one year in D.C., Kurt relocated to the deep South, where he spent three years playing with the Macon Blues All-Stars which included several alumni from Otis Redding's band. Kurt left Georgia and moved to Chicago to immerse himself in the city's storried blues scene as well as travel nationally and internationally to promote his debut album – True Story. While in Chicago, he landed on the regular rotation at the House of Blues, Shaw's Crabhouse, Andy's Jazz Club, Wise Fools Pub and Smoke Daddy and played with blues heavyweights Dave Specter, Kenny Smith, Barrelhouse Chuck, and Jimmy Sutton. In 2004 Kurt successfully completed his first European tour as he impressed and entertained audiences throughout Holland and Sweden. A return trip to Europe has been planned for the Summer of 2009 with gigs already booked in England and Spain. He is excited about his sophomore release - Get Wrong With Me - and looks forward to promoting the album both here and abroad.