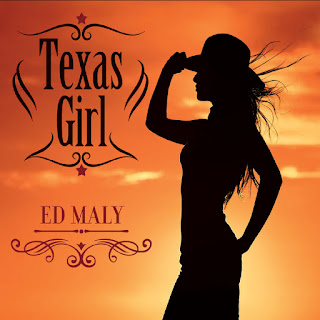 The music is still hot and cooking down in Sugar Land, Texas! This latest release features 16 originals, along with four covers that the band plays at the live shows!
If you play in Texas, you better have a “Texas Girl” in there, somewhere! This one is fun to play at the live shows. Recently during a band break, a lady came up and said she had just moved down here to Texas to start over, so could I write a song about being “reborn” in Texas!
After hearing “Best Berry” (“Strawberry”, the Chuck Berry song), by Steve Califf, at the Austin Songwriters’ Symposium a couple of years ago, I just knew it was one we had to cover! Nice guitar work by Keith Cannon!
Our version of “Nadine” gets a little help from Eric Demmer! I love the sound of his sax break on this!
Sometimes, it takes a long time for a song to finally get recorded. I wrote “Dancing in the Moonlight” back in 1985 for the late Darren Ross to sing at my wedding reception. It went over so well, I’d planned to get Darren to record it soon after, but we never got around to it. So, here it is now, with me singing it, 34 years later, backed by Lizzy & Mike Snelling on vocals. The world-famous Eric Demmer adds just the right touch on saxophone to make this version dance, once again!
“Crescent City” was co-written by Louisiana natives, Dianne Garrand & Mary Mares.
“Rock You Like This” tells the tale of the many garage rock bands who just love the music!
“Butterflies Under Thunder II” features John Blau on keyboard/flute combined and me on the acoustic.
“Hot Summer Days” recalls the happy times of growing up in Bryan!
“Running” was originally released on the Whiskey and My Gun CD. This one goes over well at the live shows when Larry cranks up his crazy-good guitar! I can sure relate to the lyric, “Running to keep up - Before I run out of time”.
Waking up alive and healthy each day makes me grateful to be alive and that feeling inspired “Living Loving”.
“Crazy Talk “speaks for itself.
“Our Ship’s Come in” is a happy song about survival and “holding on” until the good things in life can begin to happen. I love Larry’s slide guitar on this tune!
Those are the cries of real wolves during the middle lead break on “Wolf Man”!
There is a lot of talent in this part of Texas, and this year’s surprise is Lizzy Snelling on “Boy, Come On”, a tune written by Mary Mares and me.
“Houston Astros’ Time” was released as a single after the Astros won the World Series back in 2017.
“Somewhere” is a country song written by Paul Novak and Dave Clayton.
The best way to grow old is to stay “Young at Heart”.
The band plays a variety of cover tunes at the live shows. Don Irby, bass player, does a nice version of the Stephen Stills tune, “For What It’s Worth”.
“Let the Sun Shine Down” is a salute to the Hurricane Harvey recovery process in Houston and the resilience of the people and volunteers.
Jimi Hendrix was such a groundbreaking guitar player; people forget that he was also a great songwriter. “Foxy Lady” is a delight to play live! It always makes the people smile!