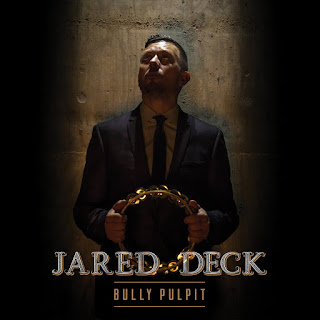 In that darkest and most foul of years, 2016, Jared Deck released his first album. Yes, even though the year featured a whole lot of death (including that of democracy and dignity), it was actually an excellent year for music, featuring some fantastic releases. Now Jared Deck has followed that self-titled debut album with Bully Pulpit, a disc that has so much soul, so much passion that it feels like a living, breathing entity bursting forth from your stereo to physically lift you up. What a powerful voice! And the material here is mostly original, written or co-written by Jared Deck. He has a lot of folks backing him on this album, including Clayton Roffey on electric guitar, Brandon Cink on bass and acoustic guitar, Isaac Stalling on slide guitar and rhythm guitar, Jim Robinson on piano and keyboard, Dan Walker on organ and piano, and Gabriel Pearson on drums. Chanda Graham and Myra Beasley provide vocals on most tracks.