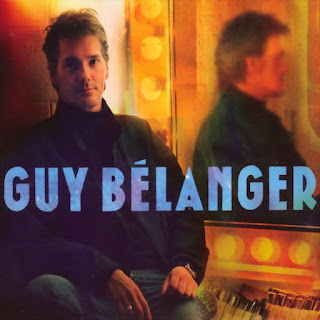 As early as 1974 Guy Belanger's musical career was heading towards traditional Southern blues. Armed with his harmonica belt, he made friends with fellow Quebec bluesman Bob Walsh who initiated him to the roots of blues and immersed him in the thriving music scene in Quebec City. Over the next few years he would soak up the influences of such blues greats as Muddy Waters, Koko Taylor, Big Mama Thornton, James Cotton and eastern Canada's own Dutch Mason. All of these various influences served to enlarge Guy's musical horizons.
He joined forces with Bob Walsh in 1987 playing many live shows and touring Switzerland, France, Canada and Quebec at the Montreal International Jazz Festival for 18 different editions.  In 1995, the popular Quebecois group Les Colocs invited him to record on their album "Atrocetomique". Collaboration with more than 60 Quebec and French artists soon followed. He also participated on 3 projects (Nuba, Wintuk and Viva Elvis!) for Cirque Du Soleil. Guy hooked up with guitarist Claude Fradette in 2003 to record the soundtrack for the film "Gas Bar Blues" which won a Jutra for Best Film Score and the Lys Blues for Album of the Year. Guy and Claude are the team behind the music of the Louis Belanger film "The Timekeeper" (2009) as well as numerous television scores since then. Guy was awarded a second Jutra in collaboration with composer Benoit Charest for Best Musical Score in Louis Belanger's 2011 film "Route 132".He will also be a soloist this time, with the music of the film Les Mauvaises Herbes by the same filmmaker in 2016. He will also join Celine Dion's Quebec tour in the summer of 2016 as a special guest! The first album released under his own stewardship received wide critical acclaim in 2008. This was followed by his second album "Crossroads" in 2010, "Dusty Trails" (2012) "Blues Turn" (2014), and now by his latest release "Traces & Scars" in march 2017. To date, Guy Belanger has been awarded no less than 14 Lys Blues trophys and won 2 times the prestigious "Harmonica Player of the Year" in Canada presented at the Maple Blues Awards in Toronto in January 2014 and January 2018 and the Andre Gagnon Award 2016 (instrumental music category) presented by SPACQ, Guy is forging ahead! Join him on his musical adventures.