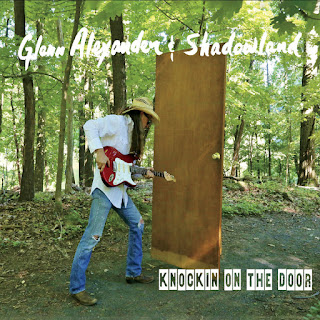 This album is guitar driven, horn laced, in your face, soulful, blues drenched music a bit like Joe Bonamassa, Warren Haynes, Stevie Ray Vaughn, Kenny Wayne Sheppard, or bands like Lynyrd Skynyrd or the Allman Brothers.
Glenn Alexander & Shadowland is guitar driven, horn laced, in your face, soulful, blues drenched music. Most of the band members - including Glenn Alexander and the New York Horns - tour the world extensively with Southside Johnny and The Asbury Jukes. The debut album has received critical acclaim, stellar reviews and extensive airplay all around the globe. It features all of Asbury Jukes, including Southside Johnny, who contributed his killin’ blues harp. This new album "Knockin On The Door" features the same cast of characters along with the legendary B3 player & vocalist Mike Finnigan and a featured vocal on "I Had To Go Thru Hell To Get To Heaven" by the amazing Oria. There are 10 originals and 2 covers. The entire album is burnin and the cover of "Born Under a Bad Sign" is just on fire and Frankie Millers "I Can't Change It" will capture your soul.