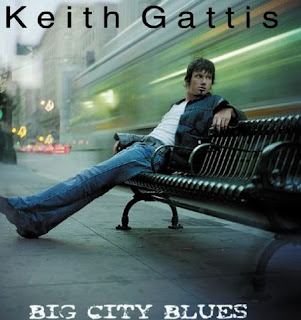 Coming nearly a decade after Keith Gattis' self-titled RCA album, his one and only major-label recording, Big City Blues is quite the change from Keith Gattis' slick Music Row production, which made the singer/songwriter sound like just another in an endless parade of indistinguishable hat acts. Big City Blues opens with the melodramatic title track, an anguished and mildly profane complaint set to a slow-burning arrangement of organ and a seemingly looped drum part that sounds like it could have come from a Portishead album. The rest of the album is more traditional but just as low-key, with small-combo arrangements that mostly leave the pedal steel unplugged in favor of soulful Hammond B-3 sounds and bottleneck guitar, as on the mopey "Reconsider." An ineffable sense of loss and resignation hangs over the album as a whole, one that makes it sound as if Gattis' label difficulties were the least of his worries over the lost decade. Ballad-heavy to the point that even relatively upbeat tunes like the bluesy rocker "Wish I Had You" are overlaid with sadness, Big City Blues is the dark side of the eternal optimism that powers so much country music.