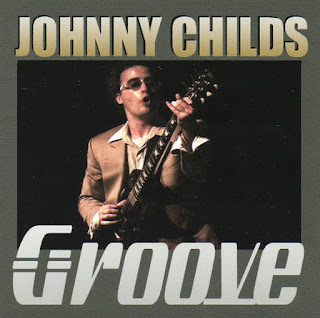 "Groove was my first album since 2005. Obviously, I play and sing and wrote the originals on the album. But the album was supposed to be my break out album. It was produced by Bruce Bromberg from Hightone Records who I met through my film. If you see the movie “The Junkman’s Son” you’ll see how Bruce and I met. And eventually that led to him flying out to New York and helping me produce this record. There’s a lot of shuffles and boogies and straight ahead stuff, but then the rest of it is I guess what you would call blues-crossover. And I did cross over into several genres. I think the center of it is definitely the bluesy guitar throughout. I mean you got guys like Eric Clapton that can write any kind of song and it’s centered around that bluesy guitar so it’s technically blues.The album was voted “#1 Electric Blues CD of 2011” by Wasser Prawda Magazine. And it’s been getting amazing reviews, a lot of radio play and I’m very proud of it. As a self critical musician or an artist, I’m usually ready to record my next album the second I finished my last one, because I just hear everything I could have done better. But in this case, I still like what I did on there so I’m pretty proud of it. It’s my 3rd record and I think I did a pretty good job especially for it being an independent release. " 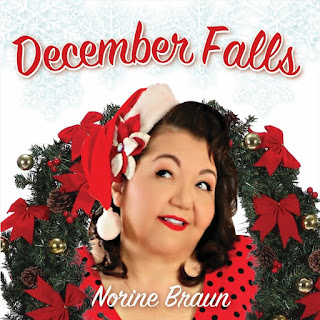 There’s such a lovely retro feel to this gorgeous, wintery Christmas album from Canadian artist Norine Braun.  I reviewed her album “Through Train Windows” last year, which I loved.  She has a beautiful, sultry, soulful voice - bluesy, hopeful and warm. So whatever she sings sounds wonderful, if I’m honest. This is a brilliant collection of songs, Christmas classics, carols and plenty of really excellent originals too. In fact, my favorite Christmas song is even here, the much forgotten “I Saw Three Ships.” It reminds me so much of Christmas as a kid in England. "Silent Night" as well, all done in Norine’s own inimitable style - soulful, gentle, authentic. Nothing spangly or fake, over done or commercial.  Just a great collection of music that would work in any setting…party, dinner, quiet evening with the family, Christmas morning as we tear open the presents! 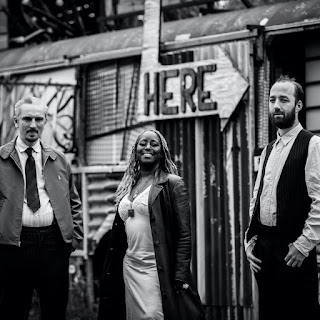 The Soul Thrivers (formerly Black Kat and Kittens) are undoubtedly one of the most original bands on the current European blues scene. The trio uses raw, handmade country-blues, roots, gospel, folk and soul sounds to explore traditional and original compositions, awakening spirits and taking the audience on a journey through time and space.The band began in 2013 as Black Kat and Kittens with the meeting of Adam Sikora and Dvora Davis.After collaborating with different guitar players and other musicians from the Berlin blues scene (and a first recording, 2014’s Gypsy Life), in 2019 they recorded the forthcoming album ‘You Better Watch’ with guitar player Nick Morrison, and renamed themselves The Soul Thrivers.With wit and charm but especially with her expressive, dynamic and unique voice, Dvora Davis leads the audience through more than a hundred years of African-American music history. An English woman with Jamaican and Indian heritage, her singing is born from these roots, from her intense connection to the spirit-songs, and from the warm, playful energy of the band on stage.The Polish-born musician Adam Sikora presents not only his outstanding harp playing, taking you back to the origins of country blues; he also takes up the drums for part of their set and delivers vocals in his own personal style.  The trio is completed by Nick Morrison, a French-American musician with an ecstatic, otherworldly guitar style incorporating elements of folk and African music. The result is a distinctive sound that will captivate and rock any house. 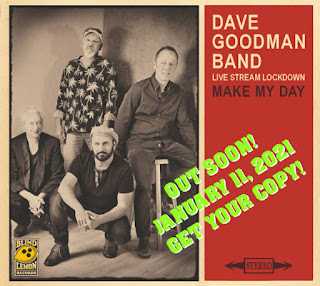 Composer, guitarist and singer, Dave Goodman enjoys a great reputation worldwide. The canadian’s compositions are the perfect blend with his stylistically wide and high musical abilities. His autobiographical texts bring his songs a deep level of authenticity. 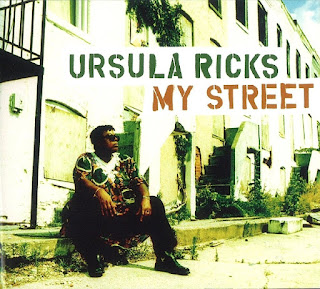 The first track on the album 'Tobacco Road' is a nice straight modern blues with great harp from guest Kim Wilson but this is a very varied record with the next track 'Sweet tenderness' being almost 70s-style smooth Philly soul. Baltimore-based Ursula is an experienced singer  who is equally at home singing blues or soul, and her version of Bobby Rush's 'Mary Jane' is a perfect blend of the two. Other guests on the record include current Fabulous Thunderbird guitarist Johnny Moeller and the excellent young guitarist “Monster” Mike Welch, while the keyboard player in the house band Kevin Anker is very good throughout. I found the record a bit of a strange mix, this kind of Bobby Rush- Walter Wolfman Washington hybrid of blues and soul has always been popular in the southern States but has never really caught on over here, when it works as on the soul ballad 'Due' - complete with strings and a nice Peter Green-style guitar solo - it is fine but too many of the songs seemed to fall between the two genres to me. 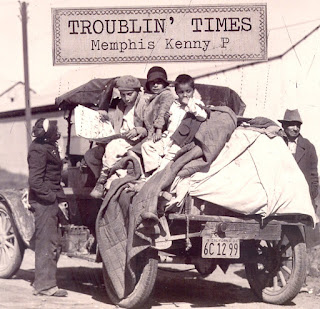 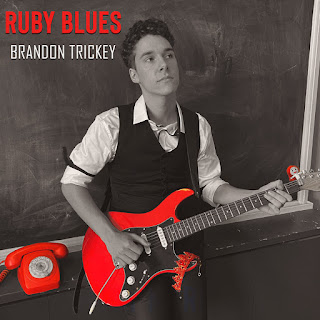 Brandon Trickey is a blues musician based in Bendigo. He has a large pool of blues/jazz covers under his belt and some quirky originals that are sure to keep the crowd entertained.Hot off the release of his debut blues EP “Bristol Hill” and a new album “Ruby Blues”, coming soon in 2020, 22-year-old Maryborough musician Brandon Trickey has continued to work hard on his music since moving to Bendigo in 2019. As a young, energetic blues performer, he strives to captivate audiences and get them moving with his acoustic guitar playing, stomp box and vocals. Brandon plays a combination of his own original blues songs, along with some blues classics. 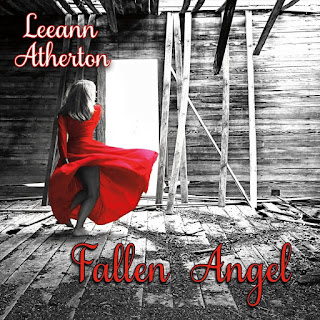 Once every few years a song appears that sounds like it’s always been here, something that has to be heard immediately. That’s Leeann Atherton’s “Smack Dab in a Miracle.” It rises and falls and fills in all the missing pieces like an answer to life. Atherton’s mighty voice is powered by that secret source of emotion, the one which cannot be questioned. And that’s just the first track on Atherton’s new album. Followed by a whole other side of the singer, “Joy” is a soaring ode to everything that turns up the fire and keeps things burning. It feels like it comes from several different styles, which are melted down into one. In fact, all twelve songs paint a portrait of someone who’s been chasing the sound long enough to know it’s the journey and not the destination that supplies the kicks, and eternity can often be found in the questions that never really need to be answered. For now, grace and giving is where this music lives, from top to bottom. And with producer-guitarist Mac McNabb so steadily guiding the players, these are songs that feel like they’re built out of stone, ones that were always hiding here until Leeann Atherton came along to free them with her strong voice and sure heart. Collections like this have a way of finding their way out of a dark corner and walking right onto the stage to grab the spotlight and demand to be heard. As a special sign-off, Atherton’s a capella “Motherless Children’s Club,” sung spontaneously at her mother’s memorial, reminds us all where we came from, and where we’re going. Right on time. Bill Bentley – Americana Highways 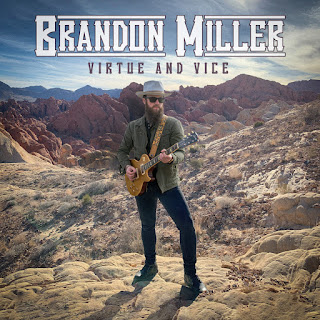 Best known as a founding member of the Danielle Nicole Band, Kansas City-based Brandon Miller steps out of the shadows for the first time in six years as a front man for this powerful collection of blues drenched Americana that shows why he’s a fan favorite wherever he appears. A product of Gardner, Kan., where the Santa Fe and California Trails split about 35 miles southwest of Eight Street and Vine, Miller always dreamed about a musical career in music, something that was enforced by witnessing Aerosmith, Rush and Kiss up close in childhood. His interest in guitar began at age 17 when he saw Kenny Wayne Shepherd for the first time. Influenced heavily by Eric Clapton, Jimmy Page, Warren Haynes and Joe Bonamassa, Brandon studied music through high school and college before launching a band under his own name, releasing two CDs in the process – Long Goodbye in 2011 and Slow Train three years later. His 2017 album, Live at Knuckleheads, exhibited plenty of the six-string fireworks you’ll hear here. A gifted songwriter who switches off between electric and acoustic arrangements, Miller penned 11 originals here — blending blues, rock, country and roots — in addition to covering one song each from the catalogs of Tom Petty and George Harrison. Recorded at Weights and Measures Soundlab in the City of Fountains, he’s backed by Damon Parker on keys, Go-Go Ray on drums and Dylan Reiter on bass. “Gone” opens the action with a quiet acoustic intro before erupting into an unhurried, driving blues-rock complaint about Brandon finding himself alone at home and knowing he has to move on after his woman splits. It quiets briefly at the break before exploding prior to a diminished acoustic close. The tempo quickens slightly for “Fire” and “Virtue and Vice,” which continue the sense of loss forward atop a percussive shuffle. The seven-minute ballad “Dirt to Stone” is up next, announcing that the relationship truly is a broken dream. It’s highlighted by a mid-tune break that features Brandon’s soaring, bittersweet, single-not guitar runs juxtaposed to Parker’s steady chording. The mood brightens with the medium-paced shuffle, “Bad Situation,” which expresses the realization the singer stayed too long, a message that continues in the driving rocker, “Ain’t Welcome Here No More.” A fairly faithful cover of Petty’s “Honey Bee” is up next before the acoustic ballad “Captured by You” comes across with a slight, pleasant country feel. The energetic blues-rocker “Losing Control” describes the feeling of living life too fast before things quiet again momentarily for “Win to Lose,” a powerful statement in which Brandon wants to run away to save himself from another seemingly impossible relationship. It’s a difficult discovery, which Miller expresses in “Love Ain’t No Guarantee,” the realization of which is expressed subtly by the brightness and lack of tension in the arrangement despite the subject. “Road Less Traveled,” a country-tinged number with Brandon on slide, and a stellar take on Harrison’s familiar “While My Guitar Weeps for You.”
Available in CD and LP format through most major retailers or autographed direct from the artist (address above). If you favor blues-rock, this one’s definitely for you, although – in a world plagued with coronavirus – you’d better be in the right frame of mind because of the downer messages within. 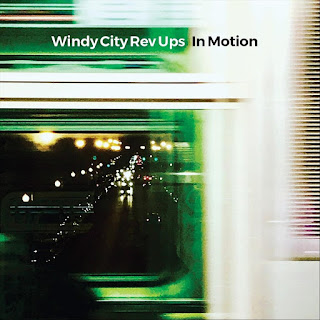 The "Windy City Rev Ups" band also known at the House of Blues Chicago as the Windy City Duo or Trio, have been performing together for over 15 years. They have toured in the USA, Europe & Asia, released 10 CD's, have listeners worldwide in 47 countries and they have won numerous music awards including "Best R&B Band", "Best Blues Band" and "Best Local CD Release". Their music captures the characteristic sound of Chicago style blues fused with harmonica and guitar driven rock n' roll. Their stage shows are far beyond ordinary and well suited for music lovers of all generations. They perform popular music and originals that are guaranteed to get rock clubs rockin', blues joints smokin' and dance floors hoppin'.