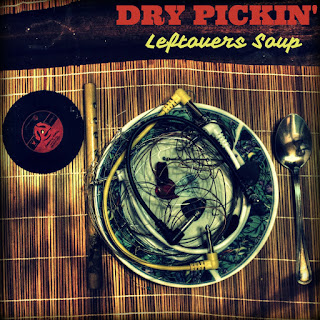 "Our second album, written, played and recorded by ourselves. Made with love and passion for the music. We hope you will enjoy it as much as we do!" 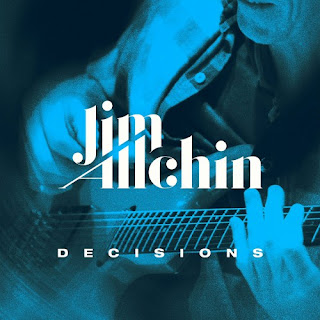 Jim Allchin is an American blues rock guitarist, philanthropist, and a former software executive. Decisions is Jim's third widely distributed solo album and was produced by Grammy and Blues Music Award winner Tom Hambridge, whose production credits include Buddy Guy, Susan Tedeschi and James Cotton, among many others.
Decisions features 14 new tracks performed by an all-star group of musicians including: Reese Wynans (Double Trouble, Joe Bonamassa), Michael Rhodes (Larry Carlton, Aaron Neville, Joe Bonamassa), drummer and vocalist Tom Hambridge, Mycle Wastman (NBC's The Voice), vocalist Miss Wendy Moten (appears on albums by Eric Clapton, Buddy Guy), LA's Heart Attack Horns and special guest Mr. Keb' Mo'.
Allchin also announced that iTunes and Apple Music will feature Decisions in "New Music" on the main pages as well as the Rock and Blues sections.
Producer Hambridge added: "Jim's adventurous decision to visit Nashville to co-write, collaborate and explore his craft speaks volumes of his commitment to the blues and his musical career. Working with him has been a real pleasure and we're very proud of each and every song on the record. We hope his fans new and old enjoy it!" 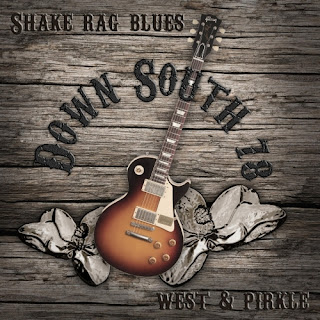 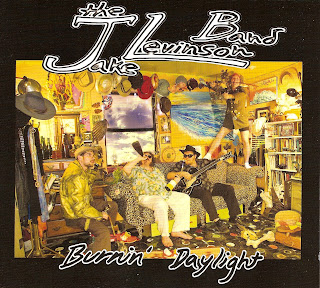 The Jake Levinson Band has their own unique yet familiar sound- chock-full of the blues while blending soul, country, a little funk, and some latin and eastern spice all in the mix. The four piece band consists of guitar/vox, sax, drums, and bass. The Jake Levinson Band was started years ago in a little town in Guatemala by the name of San Pedro la Laguna. Now they are currently based in Austin, Texas. For booking please contact jakelevinson@yahoo.com 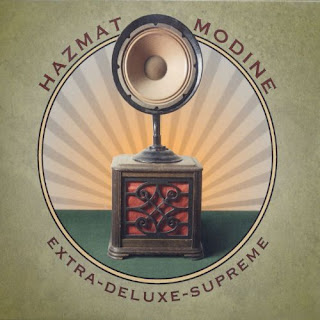 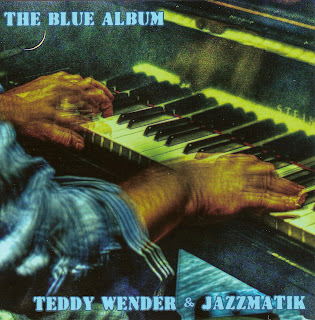 You've never heard a blues record like this!! Packed with 18 tunes, some Old favorites and Some new classics!!"This was the most fun I've had in years" I hope you dig the groove!! Thanks Teddy Wender/
When I first heard the blues I was hooked. I remember Joe Berger and I taking the bus to Flushing to the only record store that sold blues records. That's when I discovered the genius of Ray Charles. My uncle, Sidney Feller was his arranger and conductor and great friend. When I finally met Ray I told him that I'd been stealing his licks. He said "That's okay son, that's what I did too!" I included his "Hallelujah I Love Her So" on the Blue CD. I had the great luck to play with Albert King  years  ago. I covered his classic, "Personal Manager" as well. I finally got the chance to cover some of my all time favorites the "JazzMatiK" way. Also on the Blue CD are some a brand-new originals. Check out the iPhone solo on "Come Back Baby". The JazzMatiK crew laid down the best tracks to date, some featuring blues great Michael Powers, The Blue CD continues the "JazzMatiK" journey with so much more to come.
Hope you dig the groove!
Teddy Wender
Stay tuned for "JazzMatiK" Goes Country. 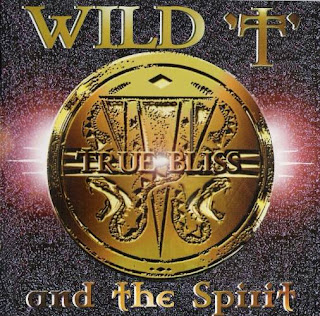 Wild T & the Spirit is a Canadian blues rock band, fronted by guitarist Toney Springer.
Formed in 1990 by Springer with bassist Brian Dickie and drummer Danny Bilan (formerly of Moxy), the band released its Warner Bros. debut album, 'Love Crazy', in 1991. Bassist Kojo Ferguson toured with the band in support of 'Love Crazy' , appearing in the video for "Midnight Blues". Nazeem Lakay soon replaced Brian Dickie on bass.
The following year, Springer was invited to play guitar on David Bowie's album Black Tie White Noise. Following that album and tour, Wild T & the Spirit released their second Warner Bros. album, 'Givin' Blood', in 1993, and the band toured Canada as a supporting act for Bon Jovi to promote the album. 'Givin' Blood' earned a Juno Award nomination for Best Hard Rock Album at the 1994 Juno Awards, and gave the band a Canadian chart hit with "Loveland".
In the latter half of the 1990s, Springer spend time in Chicago, Ill. performing as a sideman with various blues artists. Springer returned to Toronto and the band continued to play concert venues throughout Eastern Canada with new members, bassist Chas Laurie and former Frozen Ghost drummer John Bouvette. In 2000, band released the new album 'Strange Modern'. Chaz Laurie left the band and was replaced by bassist Guenther Kapelle (Chris Antonik Band, Todd Wolfe).
The band followed up with 'True Bliss' on Bullseye/Taxim Records in 2004, with bassist Guenther Kapelle. Jeff Healey, Carole Pope, and keyboardist Peter Nunn (Honeymoon Suite, Gowan) also appeared on 'True Bliss' as guest musicians. The band began a busy tour schedule throughout Canada, USA, UK and Europe. In 2008 the band released the album 'Fender Bender' on Jazzhaus Records and continued on with their heavy tour schedule. The new album was received well by fans and critiques alike. The band has just released a new album in 2015 called 'Live'. A pure live album recorded in Toronto, Canada that best describes the band.
The current lineup consists of Springer, bassist Guenther Kapelle and drummer Dave Langguth (Kim Mitchell, Nelly Furtado, Gilby Clarke). 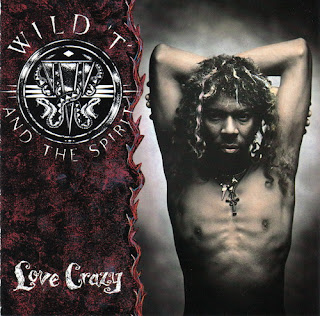 Tony "Wild T" Springer has hung with the best of them. David Bowie, Jeff Healey, Bon Jovi, Deep Purple, Jay Leno, David Letterman and Arsenio Hall are just some of the musical acts and personalities that have been blown away by Wild T's guitar.
Wild T is originally from Tunapuna, Trinidad. Though one may find similarities to Jimi Hendrix, ironically it was T's first exposure to Steve Howe and classic Yes that inspired him to take up guitar.
Moving to Toronto, Canada, T quickly gained a reputation on the local club circuit. Since then he has recorded two albums (Love Crazy 1991 and Givin' Blood 1995) with his own group, Wild T and the Spirit for Warner Brothers. He has also recorded an album (Black Tie, White Noise) with David Bowie and has appeared with Bowie on The Tonight Show with Jay Leno, Late Night with David Letterman and the Arsenio Hall Show.
He has toured with Bon Jovi and Deep Purple throughout North America and has performed thousands of club shows. In '99 he was asked to portray Jimi Hendrix in Daydream Believers - The Monkees Story because of his resemblance and showmanship. 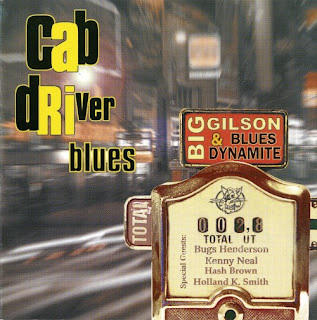 Edo - What Kind of Blue 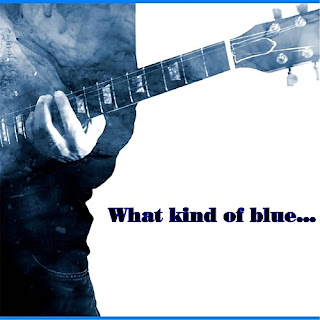 A diverse blend of blues, mixed with rock.It's all about the guitar, well it was when I was 12. That melange of wood, strings, and sound had me memorized. Soon I lost sight of everything except for three chords and the truth. After being kicked out of several bands for being "too creative" I locked myself in the studio to create something that speaks to my soul. I hope it speaks to yours as well. 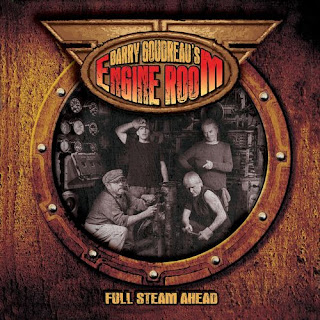 11 new guitar driven blues/rock songs, reminiscent of the British reinvention of the blues in the late sixties and early seventies.
Guitarist Barry Goudreau, former member of Boston, recently announced the formation of his new band Barry Goudreau’s Engine Room.The blues/rock outfit includes his former RTZ bandmates Brian Maes on lead vocals and keyboards, as well as Tim Archibald on bass. Both Maes and Archibald were members of Peter Wolf’s House Party Five, playing on two of his records and touring the world extensively.The band is rounded out with “Old” Tony Depietro on drums and Mary Beth Maes,Terri O’Soro and Joanie Cicatelli on background vocals.
The CD covers the whole spectrum of blues and rock, from the stripped down blues of “All Mine” to the all out rock assault of “Need”. Longtime friend of Goudreau’s and legendary bluesman James Montogomery, sits in on harp for Layin’ it Down {In Beantown}. The record was produced by Maes in his studio with Goudreau recording the guitar tracks in his own home studio.“Brian was able to step up and fill the creative void left by Brad Delp’s passing, I couldn’t have done it without him” says Goudreau.
Barry describes his approach to the development of the CD. “I wanted to look back to the acts of the late sixties and early seventies when they were reinventing the blues in new and exciting ways”. I learned to play lead guitar playing along with the Paul Butterfield Blues Band’s records and was then turned on to Jeff Beck, Led Zeppelin and other English acts kicking it up with big guitars and big drum sounds. The Allman Brothers, Delaney and Bonnie and Derek and the Dominos were also big influences on my playing style. I think we achieved that feel on this record”. 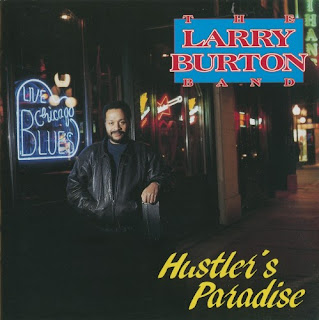 Hustler's Paradise" was a fine blues-soul-debut for Chicago based Larry Burton and his band. Now here, also Larry's brother Aron Burton is involved and the sound is even more soulful, gets deep under the skin! 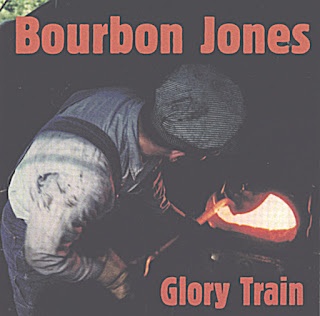 "Bourbon Jones was originally founded in 1993 by Long Beach residents Chris Hanlin, Mario Barmosca, Mikey Meyer and Anthony Arvisu. After touring extensively throughout the Midwest, deep South, and West Coast, the band settled into a now legendary four year Sunday afternoon residency at the Blue Cafe in Long Beach. Over the years, many musicians came to sit in: Rocco DeLucca, Hook Herrera, Bernie Pearl, Guitar Wooten, legendary Louisiana harpist Lazy Lester, and many former members of such bands as War, the Blasters, Fiona Apple, and the James Harman band.
The whole thing started with me and Barmosca. It was 1992, and I had just moved back down to Long Beach after a disastrous relationship up in LA. I had no band, no girl, no car, and few friends. For awhile I slept on people's couches until I could get an apartment. I was really starting over. All this made me pretty depressed. I wanted to make music, but I didn’t know what direction to take. I really just wanted to play some blues.
We were 4 years into making music the Bourbon Jones way when the idea of doing a 'gospel' record was introduced. Barmosca grabbed the bull by the balls and threw us all aboard The Glory Train. Approximately 1year in songwriting and rehearsing (mostly the 5 hours gig every Sunday at The Blue Cafe) with production guidance by Stephen Hodges readied us for a long day of tracking at Capitol Studio B. Fourteen songs were tracked live in a ten hour session, a couple of overdubs and mixing for a few days at Jabbz in Long Beach and here you have it. Far from being a religious record Glory Train is in the tradition of Alan Lomax, a musical journey to the promised land" ~  Chris Hanlin/