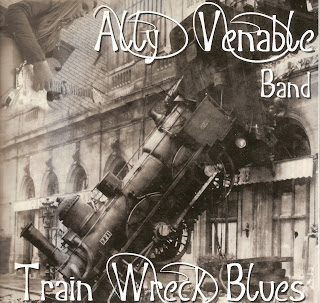 "A powerhouse from the Lone Star State, the Ally Venable Band has ignited excitement on the Modern Blues Scene. Lead vocalist and guitarist, Ally Venable, starting singing at an early age in church and in recent years picked up the guitar and found her passion.As a protege of Lance Lopez, Ally’s songwriting, guitar playing and onstage performance are magnificent. This 17-year-old female packs a punch. She is the 2014 and 2015 East Texas Female Guitarist of the Year. Each of Ally’s band mates are versatile on multiple instruments. Bassist Bobby Wallace is a master at his craft and his years of experience enhance the band. Classically trained musician and drummer, Elijah Owings, brings a steady but dynamic sound to the band. He is the backbone of their Modern Rockin’ Blues sound. As the 2104, 2015 East Texas Music Awards Female guitar player of the 2015 and 2016 East Texas Blues Band of the Year. The Ally Venable Band is a must-see live!!! Ally has shared the stage with Gary Hoey, Rick Derringer, Wes Jeans, Lance Lopez, Kingfish Ingram, and Many others.