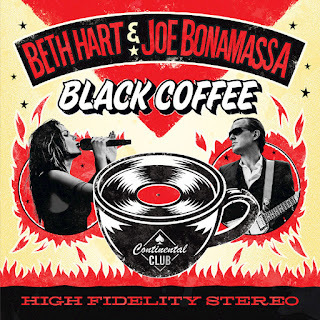 She is an edgy, no-holds-barred soul singer from Los Angeles California, and he is a top-notch shredding blues guitarist from Upstate New York. Together, Beth Hart and Joe Bonamassa are a powerful duo and one of the best in blues-rock music.
Beth Hart fell in love with music at the young age of 4 and has been unstoppable ever since. The Grammy nominated singer-songwriter has been blowing people away with her sultry blues, vocal genius, and passionate performances for over two decades now, performing everywhere from Tennessee to Europe. To date, Hart has released 10 studio albums, and her most recent release, Fire on the Floor, lit a fire in the hearts of her European fans late last year and is warming the hearts of her stateside fans as well! Now, she and Joe are looking forward to releasing a third studio album together as a duo.
The pair met back in 2010 when all-star producer Kevin Shirley urged them to combine their immensely talented forces. Not long after, they released their first all-covers album “Don’t Explain” in 2011, because, Hart jokes “Joe asked me to.” The album received a lot of praise as “one of the best rock albums of the year” and quickly reached the number 3 spot on Billboard’s Blues Chart. This collaboration was so successful that they decided to record another album in 2013 entitled Seesaw which was nominated for a Grammy Award. They are now poised to release their third studio album Black Coffee in 2018.