Back Slam Door - Live From Bonnaroo 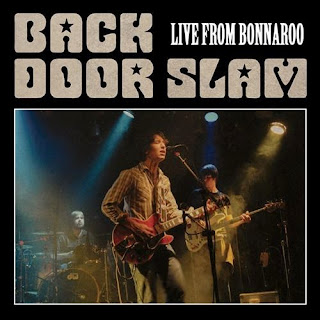 Kind of a rare thing for an indie label to quickly release a live set so soon after a band's debut album -- and with five of the same tracks -- but Blix Street is simply celebrating the intensity and blues-rock joy that Davy Knowles and Back Door Slam stirred up live over the course of 300-plus performances during 2007-2008 in support of that album. Captured live at the June 2008 festival in Manchester, TN, it's also a noteworthy chronicle because Knowles, between recording Roll Away and his 2009 Peter Frampton-produced album Coming Up for Air, parted company with longtime bandmates Adam Jones and Ross Doyle -- thus Live from Bonnaroo is a testament to the electric interaction between the three, in addition to being a truly slamming show. Complementing Roll Away gems like "Come Home," "Heavy on My Mind," and "Gotta Leave" are infectious, explosive, free-for-all covers of John Hiatt's soaring and seductive "Riding with the King," Jimi Hendrix's searing, slow-simmering "Redhouse," and, yes, "Back Door Slam," Robert Cray's torchy blues groove jam that was the inspiration for the band's name. Raw, electric and brilliant all around.
Автор: errny на 14:33