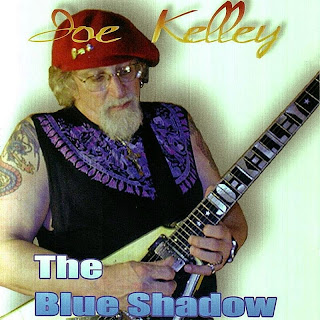 Joe Kelley, who played bass and guitar for the group Shadows of Knight and was a major blues guitarist in the Chicago area, died on Sunday after battling cancer.
Kelley originally played in a local Chicago bands the Exides and the Vectors but was recruited to join the Shadows of Knight in 1965. The group had formed the previous year but original bassist Wayne Pursell left and Kelley was brought in. Later that year, it was discovered that Kelley was actually the best guitarist in the group so he took the place of original member Noel Gotsch while guitarist Warren Rogers moved to bass. It was this lineup that went into the studio and cut a cover of Gloria, originally by Them with Van Morrison, cleaning up some of the lyrics so it would get airplay. The single was released on the small, regional label Dunwich Records who couldn't afford to release the record in one batch nationwide, so it rolled out across the country, most likely dampening its ability to become a major hit.  Still, it managed to make it to number 10 in Billboard and 7 in Cashbox. The band followed with three more singles, two of which only made it to the 90's in Billboard (Bad Little Woman and I'm Gonna Make You Mine) and Oh, Yeah which hit 36.
Kelley left the group in 1967 to form his own blues band and, over the decades, became a well respected blues player, working with the Allman Brothers, Buddy Miles, Willie Dixon, Freddie King and the Outsiders where he played on their hit Time Won't Let Me.
He released his only solo record, The Blue Shadow, in 2002 on Teardrop Records.
Автор: errny на 07:46