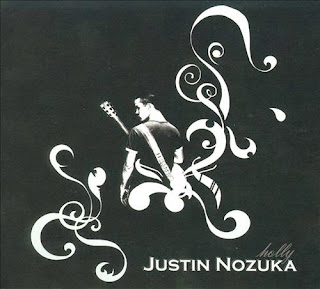 Justin Nozuka has a determination and follow through unusual in a teenager, but when you've written songs as powerful as the ones found on this album, that's understandable. Honing his skills in Canadian clubs, selling his self-made CDs at the shows, Nozuka was still in high school when he decided to take the next step forward. Hiring producer Bill Bell, the singer/songwriter went into the studio, recorded his debut full-length Holly, and began selling out through his website. A British deal followed, with the record receiving rave reviews, eventually leading to an American release. Dedicated to his single Mom, the Holly of the title, the album revolves almost exclusively around love in all its many facets. There are the promises of love, love as salvation, the love of a child for his mother, the ache of separation, the desolation of love lost, and a love so desperate it's self-destructive, Nozuka seems to have known or closely observed love on every level. The depth of his lyrics are matched by the intensity of his performances, all of which ring with emotions so true, one can only presume that he experienced them all for himself. His tour de force is "Save Him," a harrowing, heart-rending story of domestic abuse. Needless to say, you won't be hearing that on the radio anytime soon, instead the airwaves will be graced with the yearning love song "After Tonight." Its exquisite blend of acoustic guitars in a soulful setting is the perfect introduction to this set, which is shot through with blues. They curl around the soulful "Mr. Therapy Man," the song's infectious melody wrapped up in a flawless pop-soul package. The arrangements across this set are absolutely inspired, and range from spare to lavish, all are blues based, but incorporate pop, folk, nods to the Bristol sound, even flamenco into the mix. A stunning debut, whose lyrics and atmospheres linger on long after the last (hidden) track has played.