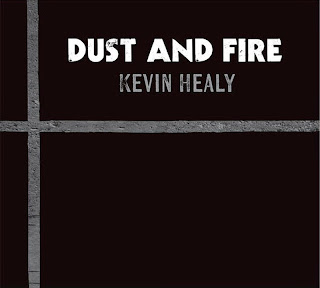 Kevin Healy, songwriter, singer and musician, is a newcomer to the Irish music scene but has made an immediate impact. His catalogue of original songs inspired by folk, blues and contemporary music highlight his accomplished guitar playing and vocal style. Winning an audience vote in the semi-finals of this year's Laois Bands for the Electric Picnic competition he earned himself a place in the final where he performed in front of judges POD and Thomas Cosby. He also created a stir at Listowel Writers' Week this year after his attendance at the songwriting workshop. Receiving a great response to his own material he was invited to perform his songs in various venues to enthusiastic local audiences. He has just released a promotional CD "Where you begin" showcasing tracks full of infectious melodies and captivating lyrics. "Kevin Healy blew the audience away at his heat...and has certainly created a stir with people wanting to find out more...one of the most talked about guitarists in the area having built up a wealth of songs performing them with passion and finesse." Leinster Express "...fuses a new Irish voice with the deep roots of the American blues tradition. Home-made, honest and straight from the heart.