Robert Hunter - A Box of Rain 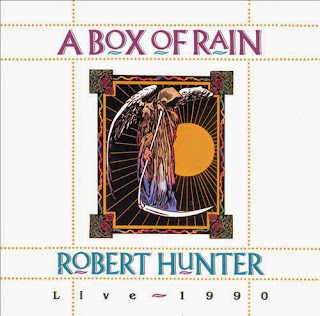 Subtitled "Live 1990," and A Box Of Rain is drawn largely from the December 1990 tour Robert Hunter undertook as a promotional effort for his newly published book of collected lyrics, also called A Box Of Rain. (Three tracks are studio recordings.) This is Hunter acoustic, devoting himself almost exclusively to songs co-written by Jerry Garcia and originally recorded by the Grateful Dead. Dead fans can hear the lyricist's versions of the title song, "Scarlet Begonians," "Jack Straw," "Brown-Eyed Women," "Deal," "Ripple," and other Dead favorites. Hunter sings in a throaty baritone that effectively presents the songs in an unadorned way. A Box Of Rain makes a good addition to a Dead Head's collection and serves as an introduction to a performer who has a body of non-Dead material in a similar vein.