Hogjaw - Rise To The Mountains 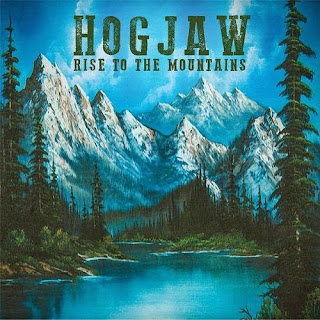 Hard hitting southern rock music with a dash of country & blues!
HOGJAW - an American Rock n Roll band! Since its inception, they have ignored the boundaries the music industry has standardized for so many artists. Bringing forth mighty riffs, bellowing whiskey filtered vocals with a Boogie sound that can tear paint off the wall. Since 2007, when the group started, that’s the path they have chosen. In 2014, fellow guitarist Kreg Self had to leave Hogjaw due to health issues, which left a big hole in the core. With the band in limbo, Hogjaw had to figure out the next move. With Kreg’s encouragement to go forward, lead-guitarist - Jimmy Rose fell at the doorstep of the band. Being old friends in the music scene, Jimmy decided he wanted to help the band remain and contribute to what Hogjaw had already achieved.  So with getting back to the roots, the band revitalized itself with hours upon hours of jamming and making the unit of four become one again. After releasing four studio records, this independent band is about to release its fifth (May 2015): RISE TO THE MOUNTAINS! The band believes lyrically and musically the album has the vibe of a "concept album". Of course, that is to be figured and determined by the individual listener. However, it definitely is a journey of music with the sounds of; Rock, Southern Rock, Blues and Country. Hogjaw have released four studio records since 2008: “Devil in the Details,” “Ironwood” (2010), “Sons of the Western Skies” (2012), and “If It Ain’t Broke” (2013). This collection of songs is what defines the band, period. About to embark on a fifth release with (engineer/producer) Byron Filson at Villain Recording, it is believed this is a new frontier for the group and fans! “RISE TO THE MOUNTAINS” will feature songs like; title track “Rise to the Mountain”, “I will remain”, “Another Day”, “Where Have you Gone” And “Grey Skies” are just a few of the tracks from this Southwestern band’s next offering. The live performances, which are another big factor in how bands shape themselves, are something in which Hogjaw definitely prides themselves. They have found themselves not only touring through North America, but even abroad in Europe & Scandinavia. In 2011 Hogjaw joined forces with booking agency Teenage head Music, enabling them to perform for fans in places they never dreamt they’d visit. Now, the 4th European tour is booked and a 2nd tour of North America is coming together!