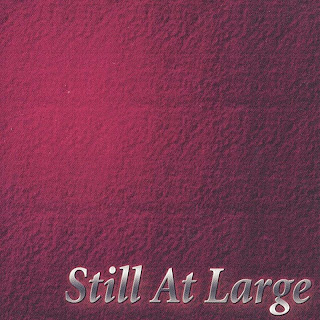 It certainly is shocking that this band is "still at large", at least in Toronto, the hub of high-quality Blues music in Ontario. I haven't heard this exciting calibre of talent since I first heard Coldsweat playing on the Danforth in Toronto three years ago! Their mutual affinity for Albert Collins and Stevie Ray Vaughan is particularly acute on the scorching blues-rocker "Oh, Well" as well as "Slide On In" (a hard-edge funk-blues fusion).
Although their core formation is a quartet (Michael George Bruce on guitars, vocals, Tom MacGuigan on bass, James Bruce on guitar, vocals and Jack Lehoux on drums, vocals), they added extra layering from Debbie Power on piano and Wurlitzer and Larry Thompson on Hammond organ on this debut recording, just as the Coldsweat quartet enlisted the aid of Michael Fonfara to fill out their otherwise rock-steady sound.
The opening track, "Aardvark Blues Cafe", a musical ode to their "home base" in Windsor, features co-producer Mark Plancke on "vocal shouts". It impressed me as a song that Chuck Berry might have played, had he been disposed to incorporate more of a Blues edge into his trademark rock'n'roll sound. The dramatic rockin' strut introducing "Bits and Pieces" simultaneously brought to mind Deep Purple's "Maybe I'm a Leo" as well as the Eagles' "Victim of Love", providing solid testimony to their rockin' roots.
The laid-back psychedelia of legendary organ trios reigns on "I Can't Lose When I Choose the Blues" followed by the mildly insipid but otherwise catchy "Loved You Like a Fool" and "You Never Can Tell".
The turning point of the CD is "Whoa Is Me", a staggering, swaggering slice of soulful blues guitar. Being a big fan of Z.Z. Top and Eric Clapton, I definitely favoured the second half of this CD, which contains two of the website song samples ("Question of the Blues" and "Blackjack Ruby Jones") that actually "sold" me on them originally. That being said, I was certainly not disappointed with anything on the entire CD. I am very proud to have it included among the favourites of my CD collection!
There is a definite learning curve that is overcome after many years of teaming up in different bands, and these four guys have found the ideal combination that defines the perfection of sound obtained from a committed group effort. While Still at Large features one smashing track after the other, the closing manic-paced jam, "Tired of This Town" (ending with an unusual knock-out drum solo), truly demonstrates the kind of instinctive, innate talent that just can't be learned.
Bassist Tom MacGuigan, whose vocals would appeal more to female fans, told me there's a video floating around somewhere of the time when Jeff Healey sat in with the Robin Banks Bank when Tom was playing bass with them. From Still at Large's collective history with bands like Robert Noll, Robert Penn, Crossfire, Lynne and the Rebels, it's easy to see these guys have a well-rounded ability to play just about anything that's requested of them, and they usually do. Still, with criminally tasty originals like these, it's time for these guys to get "captured" by the public!
Автор: errny на 02:39