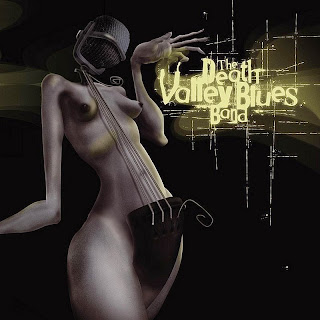 Welcome to the wonderful and satirical world of the Death Valley Blues Band.
Do not be afraid. This is it not a fight to the end. This is not an exercise in touching up corpses. This is not another tired rendition of boredom in 4/4. This is not pathetic, apathetic, diuretic, soft porn / weak porn, eclectic or dead. This is not for the fainthearted. Ha, they cried, really, then what is it? Well children, lie down on the couch and Ill tell you.
This is a revolution through deconstruction. This is a drink and dirty slap fest in the back of a truck stop bathroom. This is how a band in a bordello should sound. The Death Valley Blues Band is a good night out. How can you be so sure they asked? Because we have the formula, children. Because we arent afraid to tell like it is. Because we know at the centre of every great revolution is a beat and a dance and a bit of grit and some guts and desire and dirty sentiment and a good cop and yes, you guessed it a bad cop and some nasty words and a cock and a pussy.
Thats life kids, thats the 21st century, sex, drugs and rock n roll the trinity of the modern age, and were simply a part of its sleazy development. Thats why youre going to love this band because were not scared of exposing romance in all its brutal and bloody griminess. So dont lock up your daughters just yet. Those girls are going to dance. Those girls are going to sweat it up and those boys are going to do the same. The Death Valley Blues Band is about the stuff people can dance too. Its about connection through common roots, about the devil and seduction and appreciation and filth and some goodness thrown in.
Oh my God they said devil. Yes, we also said goodness so any of you on the ecclesiastical high horse stop for a moment and try and savor the satire. The Death Valley Blues Band is about the mystery of ubuntu and dirty stories, about sluts and princesses and girls in slutty dresses. The Death Valley Blues Band is about guitars and drums and horns and blues. Mostly though the Death Valley Blues Band is about the front line because the front line is where battles are won and lost and rest assured, our blues is a great fucking victory.
I watched Death Valley Blues Band once a while ago, and was very impressed. An 8 piece band, they were a tight fit on the stage; but it was a trully rocking performance - and the fact that most people were rocking out despite never having been to one of their gigs before is a really good testament to the quality of their music. I really think this band has what it takes to be one of the foremost bands in the country - great music, great stage presence, great musicians and rounding it all up, brilliant performance.