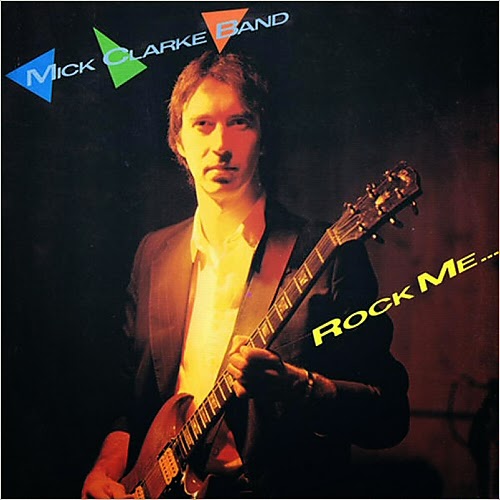 Mick was born in London in 1950 and brought up in Wimbledon. In 1965, his life changed forever as a result of seeing Eric Clapton play at his school’s fair. Realizing that he had been bitten by the blues bug, Mick formed his first professional band in 1968 called Killing Floor (named after a Howlin’ Wolf song) which was chosen to back up Texas blues star, Freddie King on his tour of the United Kingdom. During the a subsequent tour with Freddie, the band was fortunate to meet and jam with many blues greats, including Otis Spann and Howlin’ Wolf. When the band broke up in 1972 Mick went on to work and tour with ‘60’s pop star Cliff Bennett and Daddy Longlegs, before forming the powerful rock-blues band Salt, which was very popular on the British club and college circuit.
In 1984 the Mick Clarke Band was formed and the first album "Looking For Trouble" was released followed by "Rock Me" and "All These Blues" on the Italian label, Appaloosa. After a successful U.S. West Coast tour Mick recorded ‘West Coast Connection’ in Portland Oregon that featured former members of the Robert Cray Band. Additional albums soon follow on several different lables. He has released four titles on Burnside Records: ‘Steel & Fire’ (featuring Fleetwood Mac producer, Mike Vernon), ‘Tell The Truth,’ ‘No Compromise,’ and ‘Happy Home’, all which placed Mick firmly in the lap of blues enthusiasts everywhere as a premiere British blues guitarist.
Over the last 15 years the Mick Clarke Band has become one the most successful and hard working blues/rock bands in Europe, touring constantly in every country from Finland down to Italy. He has gathered some talented musicians and created a recording overflowing with original material and blues standards. Mick’s brand of rocking blues never fails to deliver the goods. As one U.S. reviewer put it - "if you don’t see the Mick Clarke Band Kick yourself!"