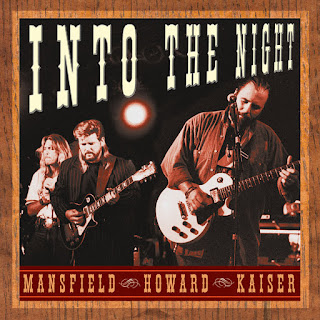 During the lonely and troubled periods of his youth in Wisconsin, Glenn Kaiser found solace in music. As the youngest child born to parents who were already raising a boy and a girl, he sang to fill the hours when his older siblings moved out on their own. When divorce tore his family apart when he was nine years old, he again turned to music to ease the loneliness and pain. Within three years he joined a local band. By the age of 18, however, his troubles had grown. The little boy who had once found solace in music had already tried to kill himself. He had also overdosed on drugs several times, and floated in and out of a string of relationships as well as bands. By 1971, however, Kaiser had turned to Jesus. He gave up singing to better concentrate on spiritual matters. Kaiser allowed music back into his life a year later when he contemplated ministering to others with his songs. He became a member of the gospel rock Resurrection Band, aka REZ, in conjunction with the movement known as Jesus People USA. In later years, Kaiser would work as one of the Chicago-based community's pastors. He also turned his ministry toward the blues-rock genre and established the Glenn Kaiser Band. Another Resurrection Band alumnus, bass player Roy Montroy, joined Kaiser's new group, and drummer Ed Bialach completed the outfit. Kaiser also is an author. With Cornerstone Press he published two books, The Responsibility of the Christian Musician and More Like a Master: A Christian Musician's Reader. ~ Linda Seida