The Nimmo Brothers - Brother To Brother 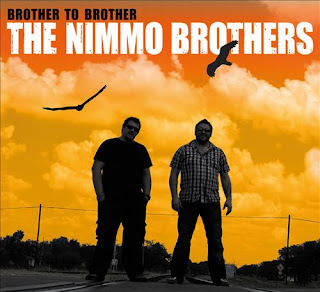 The Nimmo Brothers, from Glasgow, Scotland have proved themselves to be one of the most respected exponents of modern blues the UK has seen since the blues boom of the 1960’s. Coming Your Way marked the beginning of a hugely successful relationship with Armadillo Music. This album captured the true spirit and energy that makes The Nimmo Brothers so special and also catapulted them to the forefront of the British and European blues scenes, winning best UK blues album and best UK blues band awards in 2002. 2003 was time for a change of pace with their first acoustic album New Moon over Memphis focusing on the vocal and song writing talents of The Nimmo Brothers. At the Low County Blues Bash in Charleston, South Carolina they were given two consecutive standing ovations. In 2006 Armadillo released Live at Cottiers recorded in their home town of Glasgow. The Nimmo Brothers were back with a bombardment of new killer songs in the UK, Ireland and Europe. 2009 The Nimmo sound is stronger and more powerful than ever as they dust down the old orange valve amps and haul out their treasured Les Pauls and Strats to promote the Picking up the Pieces. Once again becoming THE band to be reckoned with. Seventeen years performing together, with five successful CD releases behind them, Stevie and Alan Nimmo, went back to their roots with their latest CD, Brother to Brother.  Arguably they have written their best songs to date, influenced by "everything we’ve ever listened to over the past 20 years".
Recorded in Austin, Texas with Jamie Oldaker (Eric Clapton) on drums, Michael Ramos (Robert Plant, John Mellencamp, Paul Simon and Los Lonely Boys) on Hammond organ, Bill Whitbeck (Robert Earl Keen) and Jimmy Pettit (Joe Ely Band) on bass guitar. There is something for every rock fan in their original material as well as a couple of handpicked covers.