Garrett LeBeau - Rise To The Grind 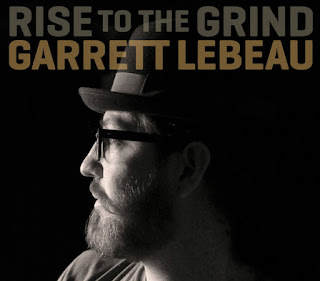 Garrett Lebeau is a natural player. New and old fans hear Van Morrison, Boz Scaggs, Al Green and J.J. Cale in his songs and vocals. His playing style veers from blues through rock, jazz into folk. They all find a home in the music of Garrett Lebeau. The common ground lies in Garrett's ability to use genres as an influence and allow the music to find its way. Garrett has the unique ability to fit into a song so perfectly that it is difficult to separate the man from the music. The result is songs that are emotionally accessible. Tunes that cannot be cornered into a category. Garrett Lebeau was born and raised on the Wind River Indian Reservation near Lander Wyoming and is an enrolled member of the Shoshone tribe. Speaking to both his heritage and his playing, Garrett summed up how both have affected him; ''As a child my parents listened to very little music. There was mostly 1980s top 40 on the radio dial, so we didn't listen to the radio much. I didn't really start playing until I was out of school and then it was a very slow process where I taught myself notes and chords. The blues spoke to me and that raw unadorned honesty is what still motivates me musically. It spans all styles and is really the same thing as Soul. Folk music is kin in spirit, as is most music that I love. My goal is to connect with other like-minded human beings, and keep the Blues traditions alive? feeling has no genre.'' Rise to the Grind is the Garrett Lebeau's debut album on Music Road Records. Musicians performing on the album include the rhythm section of Roscoe Beck (bass) who has backed Leonard Cohen, Robben Ford and Jennifer Warnes and J.J Johnson (drums) currently with the Tedeschi Truck Band following a stint with John Mayer. Other musicians include legendary B3 player Red Young and also keyboard player Stefano Intelisano, who recently toured in the Jason Mraz band. Rise To The Grind will be released May 7 and will find a home across many radio formats. Music Road label mate Jimmy LaFave calls Garrett Lebeau, ''a musical soul gypsy of the first degree with guitar stylings unique and authentic.''