Michael Coleman - Do Your Thing! 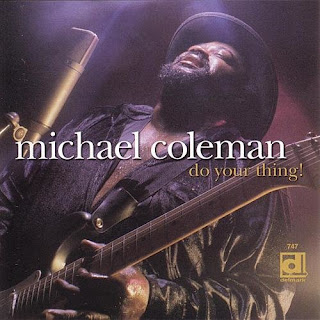 One of the hottest guitar slingers in Chicago,  Michael   Coleman  hits with his debut American release. In '79, at the age of 23,  Michael  joined James Cotton's band and stayed with him for seven years including two recording projects. Since then he's worked with Eddy Clearwater, recorded with Syl Johnson and has had several European albums of his own. The songs on this CD reflect Michael's varied influences; from Junior Wells' "Messin' With The Kid" to Isaac Hayes' " Do   Your   Thing " to Jimi Hendrix's "Message of Love". Do Your  Thing ! is Michael's blues party record. With the raucous, kick-butt opener, "The Train", the groove is set.  Michael  then proceeds to blend tried and true lyrics with fresh arrangements to present a mix of traditional blues and rockin' soul that's sure to please. Long-time guitar-playing member of James Cotton's band is presenting his first American release. Funky and soulful blues from Chicago.