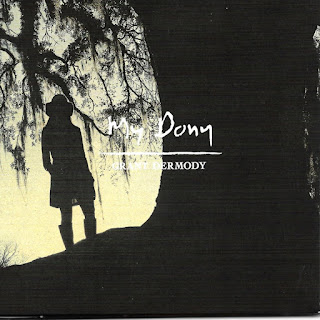 I am so excited to tell you that I am finished with the work on my fourth album, My Dony. It’s the best recording I’ve done. Powerful, deep, and joyful, it tells the truth.
Grant Dermody's My Dony album featuring Dirk Powell, Rhiannon Giddens, and Amythyst Kiah.
"Killer Louisiana stuff from a time before genre splicing became the norm, any real music fan will drop their jaw in amazement here. Killer stuff throughout." - Chris Spector, Midwest Record Review
My Dony is the second project Grant and Dirk Powell have worked together on - their first, Sun Might Shine on Me, came out in 2015 and was met with wide critical acclaim. It was mostly an acoustic album, and spanned a wide range of traditional American roots music.
My Dony started out as an eclectic album, but it became clear early on that it needed to be an electric blues record in an old-school style. Grant's harmonica and vocals and Dirk's electric guitar come from the older roots of the blues tree, as do the drumming of Jamie Dick and the bass playing of Jason Sypher - the world class rhythm section that propels Rhiannon Giddens fine band. During the second round of recording, they brought in Corey Ledet, a world-class accordion player from Southwest Louisiana; a musician steeped in the area's zydeco and blues traditions. Corey is stylistically often compared to the late great Clifton Chenier.