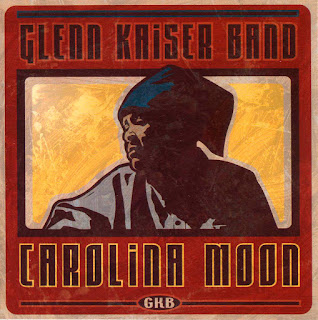 In the last decade Resurrection band frontman Glenn Kaiser has recorded 11 side projects ranging from worship, soul and blues but nothing has come close to capturing the sheer energy of Rez until he formed the power trio Glenn Kaiser Band. Last year's 'Winter Sun', backed by bassist Roy Montroy and drummer Ed Bialach, and this second album from GKB is as exciting and powerful as any music from his 25 year career. Hard-driven blues-based rock with straight ahead lyrics lunges at you out the speakers as if the '80s and '90s never happened! Fluid blistering guitar riding on the powerful rhythm section and Glenn's incredible vocals over the top - it's a winning formula. Kicking off with the Purple-esque "Torch", the band are immediately into their stride following quickly with the riffing "Out Cold" and it could be 1975 again! The title track sounds like it could be taken from 'Rainbow's End' and I'm left thinking that this is vintage Kaiser which should appeal to long term fans of Rez. But this isn't all rock, the blues come to prominence on songs like the electric "Gonna Meet You At the Station" which bursts with energy, and the acoustic stomping joy of "Country Mile". There's more rock and blues fusion on "Fuss & Moan" and "Grinder" which remind me of Whitesnake in their late '70s bluesy hey day. Superb stuff and essential for rock and blues fans because this is the best thing Glenn Kaiser has done in years.