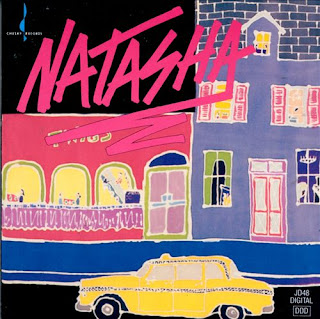 Chesky Records was best known for jazz and classical in the early 1990s, but the New York label dabbled in New Orleans-influenced R&B, roots-rock and blues with this little-known CD by singer Natasha Turner (who simply went by Natasha). This isn't strictly a blues album -- most of the tunes don't have a 12-bar blues structure -- but because it's so rootsy and down-home, it ended up being placed in blues bins. And, to be sure, you'll find a lot of blues feeling on such earthy offerings as "Open Up the Door," "Wrong Kind of Man" (which Natasha wrote herself), and the Doc Pomus/Dr. John compositions "Tell Me What You're Gonna Do," "Nightbird" and "The Night Is a Hunter." Although its New Orleans influence is hard to miss, this CD was recorded in New York -- not the Crescent City -- and was produced by Chesky Records founder David Chesky. This isn't a fantastic album, but it's competent and satisfying.