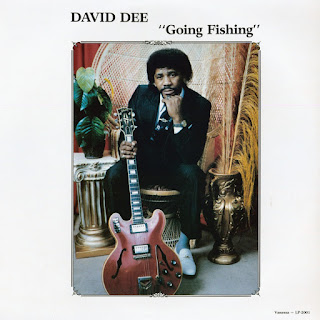 Singer-guitarist David Dee is best known for his 1980s blues hit "Going Fishing", which took him from the local clubs of East St. Louis to the national soul-blues “chitlin circuit.” Dee, a native of Greenwood, Mississippi, moved to East St. Louis as a youngster and except for a stay in Chicago and a stint in the army, he has lived there ever since. Dee started as a spiritual singer and later formed his own group, David and the Temptations. A booking agent in Springfield, Illinois, suggested the name David Dee to him (his real name is David Eckford), and that’s the name he has used on all of his recordings – five albums so far, along with several singles. Dee has been called the St. Louis area’s premier contemporary bluesman. His other moniker is ‘Workin’ Man,” and a hardworking man indeed he is. Recently retired from a construction job, he now works for the East St. Louis Police Department and still performs regularly with his Hot Tracks band, augmented on special occasions by his three daughters who also sing.