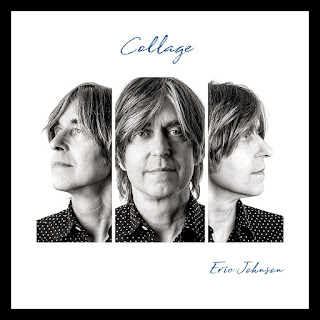 Very few musical artists achieve a true signature style -- one that makes comparisons to other musicians impossible. But Texas guitarist Eric Johnson arguably comes as close to this echelon as any musician from the past quarter-century. Like fellow Lone Star State guitarists Johnny Winter, Billy Gibbons, and Stevie Ray Vaughan, Johnson blends the rock style of Jimi Hendrix and the blues power of Albert King. Yet Johnson's wide array of additional influences (from the Beatles and Jeff Beck to jazz and Chet Atkins) makes for a guitar sound as unique as his fingerprints.
"When I first heard Eric," Winter recalled, "he was only 16, and I remember wishing that I could have played like that at that age." Former Doobie Brothers guitarist Jeff "Skunk" Baxter said, "If Jimi Hendrix had gone on to study with Howard Roberts for about eight years, you'd have what this kid strikes me as." The Austin prodigy appeared on the cover of Guitar Player magazine while working with Texas jazz/fusion band the Electromagnets and as a session player (Cat Stevens, Carole King, Christopher Cross), and a 1984 performance on the TV show Austin City Limits set his recording career in motion.
Johnson's 1986 debut album, Tones, certainly proved that the hype was warranted. Playing with the ace rhythm section of bassist Roscoe Beck and drummer Tommy Taylor, Johnson mixed blazing instrumentals ("Zap," "Victory") with Beatles-influenced vocal tunes like "Emerald Eyes" and "Bristol Shore." Johnson used the same half-and-half format on his 1990 follow-up, Ah Via Musicom, but a trio of the album's tunes surprisingly made him the first artist to have three instrumentals from the same album to chart in the Top Ten in any format (with "Cliffs of Dover" earning Johnson a Grammy for Best Rock Instrumental).
But, if Johnson had a perceived weakness, it was the perfectionism that caused four years to pass between recordings. Even in concert, he would painstakingly tune his guitar between songs, by ear, for minutes on end. With the success of Ah Via Musicom, the guitarist admitted to feeling pressure to raise the bar again. But Johnson's studio nitpicking delayed Venus Isle until 1996, and the disappointing CD contained fewer instrumentals and sounded forced.
A stint on the 1997 G3 tour with fellow headlining guitarists Joe Satriani and Steve Vai, and its resulting live release, breathed new life into Johnson and sparked the idea of a live album. Overhauling his band for the 2000 CD Live and Beyond, Johnson brought in bassist Chris Maresh and drummer Bill Maddox, and concentrated on more of a blues feel. The guitarist still blended instrumentals with his vocal tunes ("Shape I'm In," "Last House on the Block"), but perhaps realized that his thin voice was too one-dimensional for guttural blues or R&B. Guest vocalist Malford Milligan ignited "Don't Cha Know" and "Once a Part of Me," helping Johnson's blazing debut on Vai's Favored Nations label and reestablishing the versatile virtuoso's status for the 21st century. As Vai himself testified, "Eric has more colorful tone in his fingers than Van Gogh had on his palette."
Souvenir, an album available only through Johnson's website, appeared in 2002, followed by CD and DVD versions of New West's Live from Austin, TX and Bloom, the second album for Vai's Favored Nations imprint, in 2005. Johnson returned in 2010 with Up Close, a studio album that slightly emphasized the guitarist's Texas roots. A collaboration with jazz guitarist Mike Stern, Eclectic, appeared in 2014. Two years later, Johnson released EJ, his first-ever all-acoustic album, which he supported with a solo tour. ~ Bill Meredith